Wilsons Car is a gigantic recycle sculpture, made from broken pallets and various scrapwood which Thomas and his team scavenged around San Juan.

Thomas Dambo made Wilsons Car as a contribution for the annual street art festival Santurce Es Ley, in the neighborhood Santurce in San Juan, Puerto Rico.

The 7 meter tall giant smashes a car with his right fist. The non functioning car was donated by a local named Wilson, and a construction worker with an excavator from a nearby construction site, helped mold the car to fit for the giant’s fist.

After the festival the sculpture was adopted by the largest museum in Puerto Rico; Museo de arte de Puerto Rico, and it can now be found in front of the main entrance to the museum. 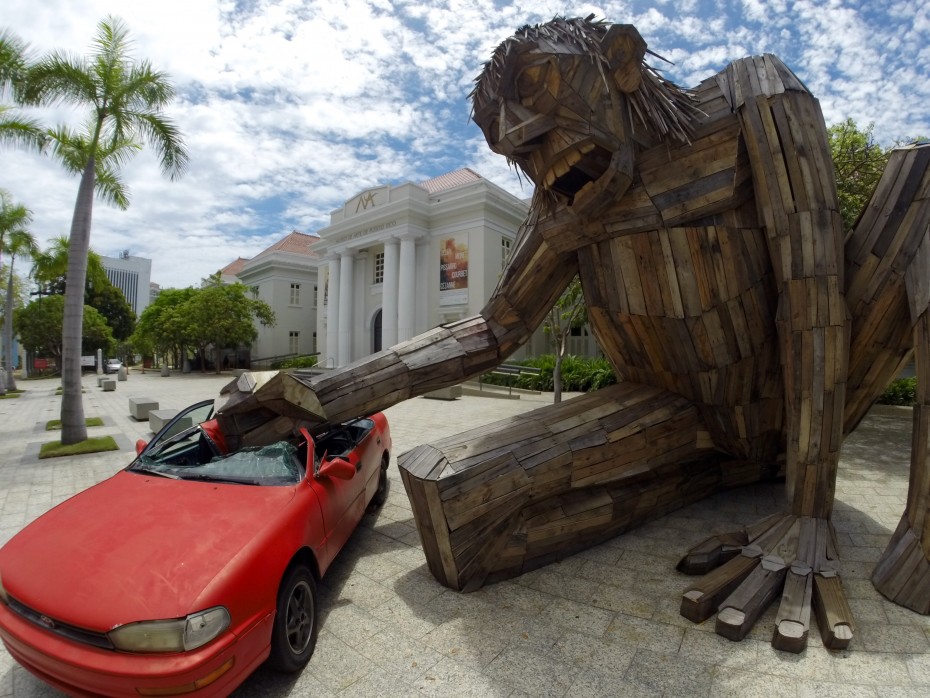 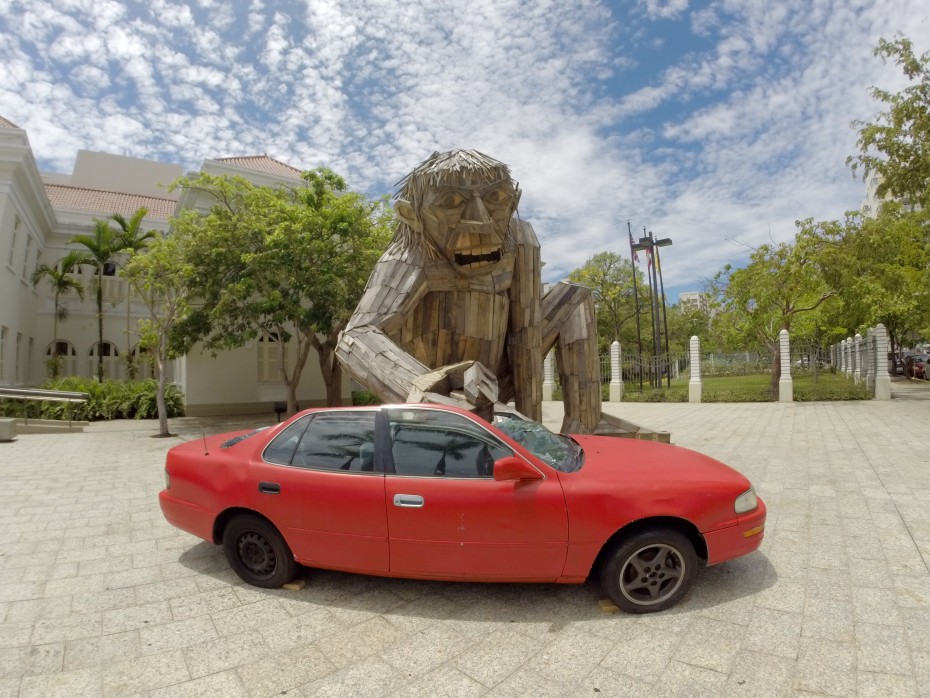 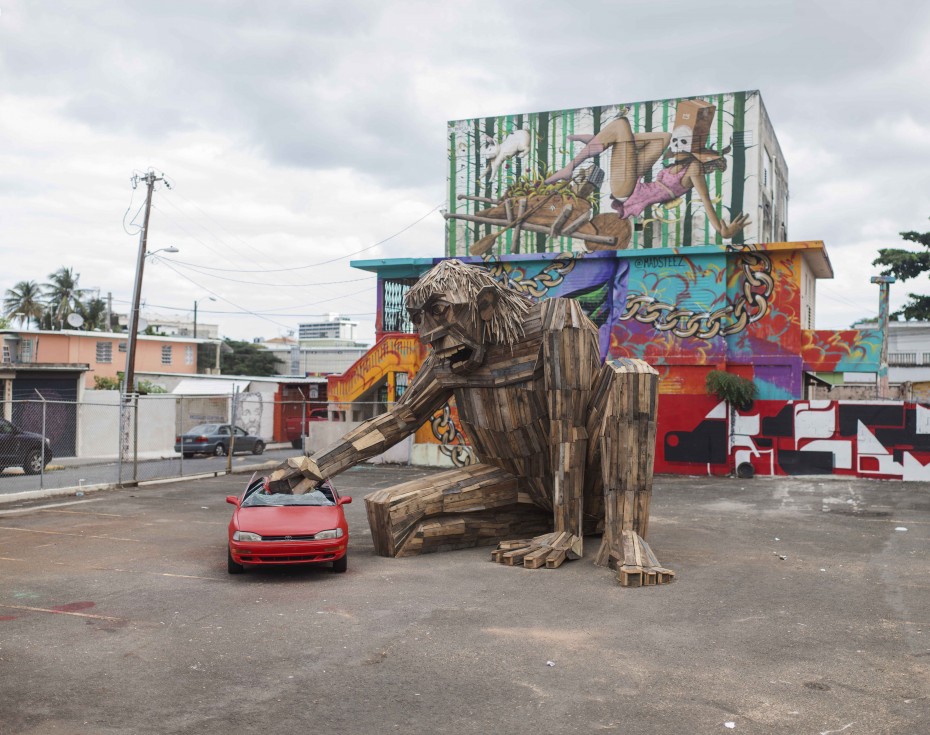 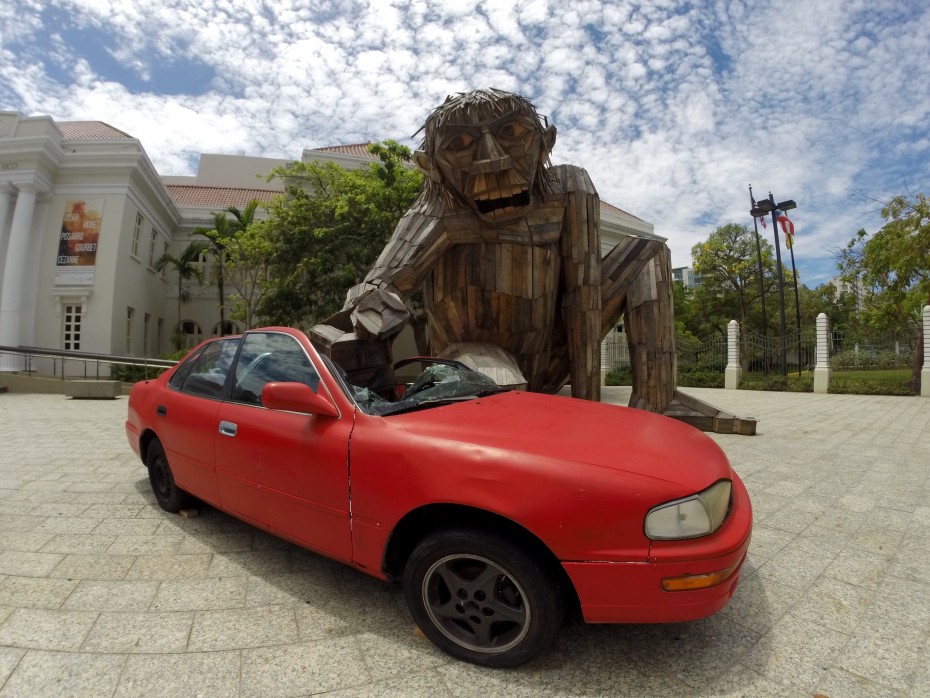 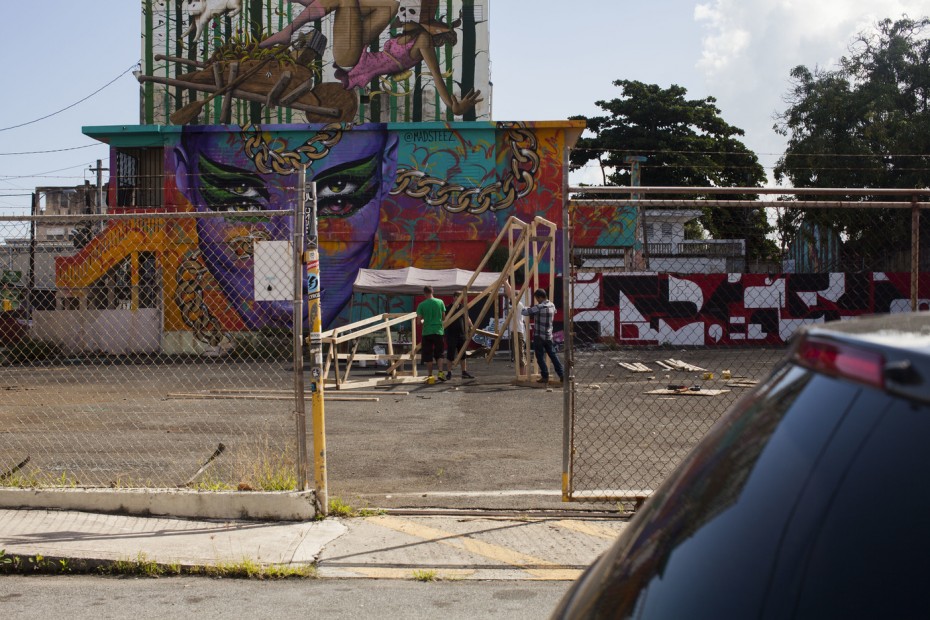 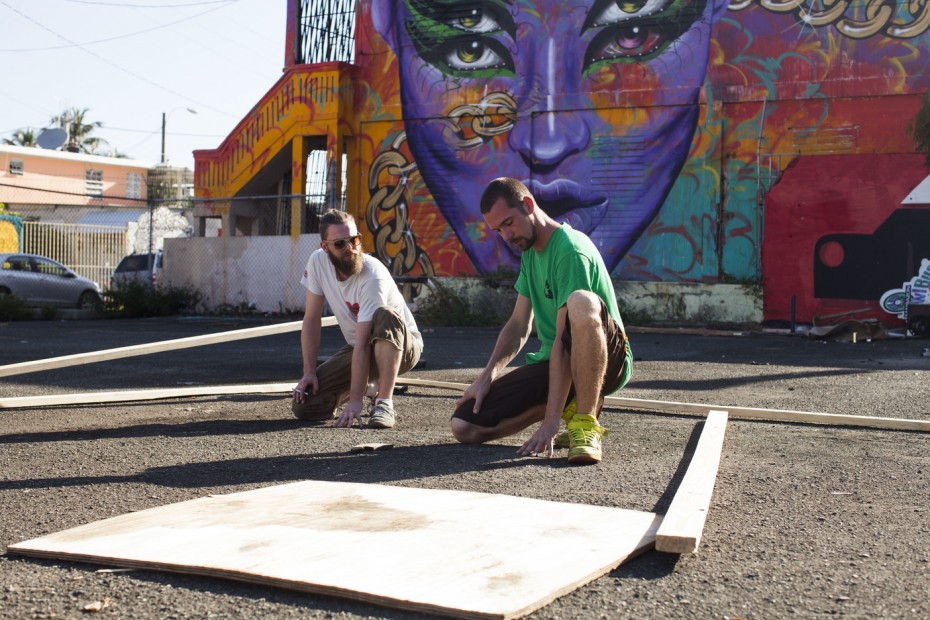 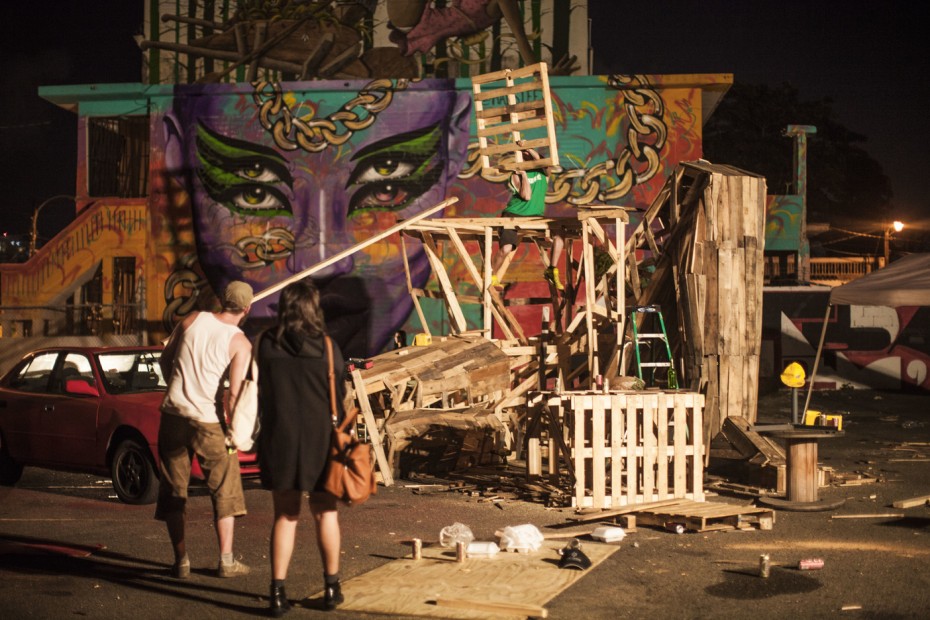 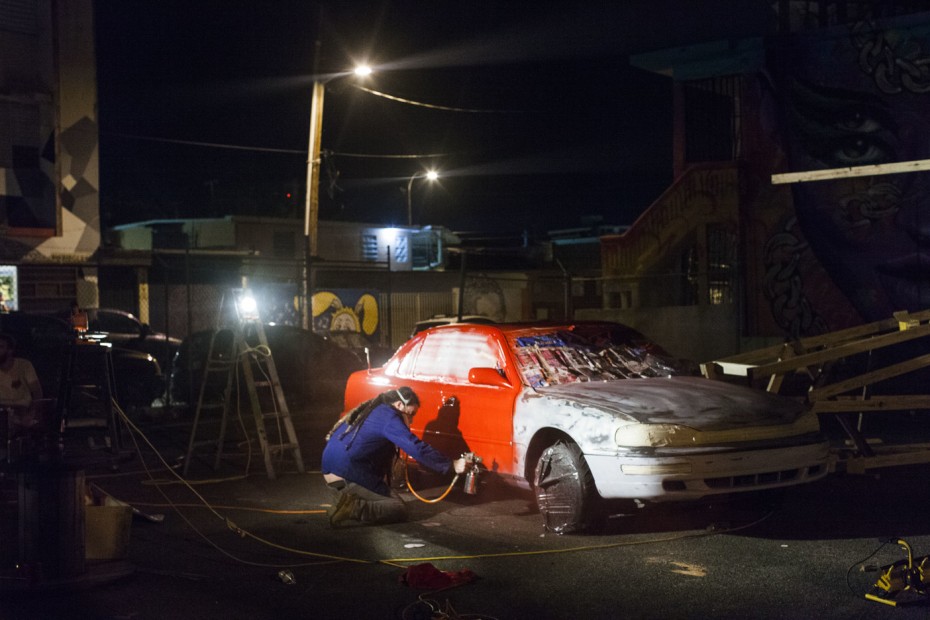 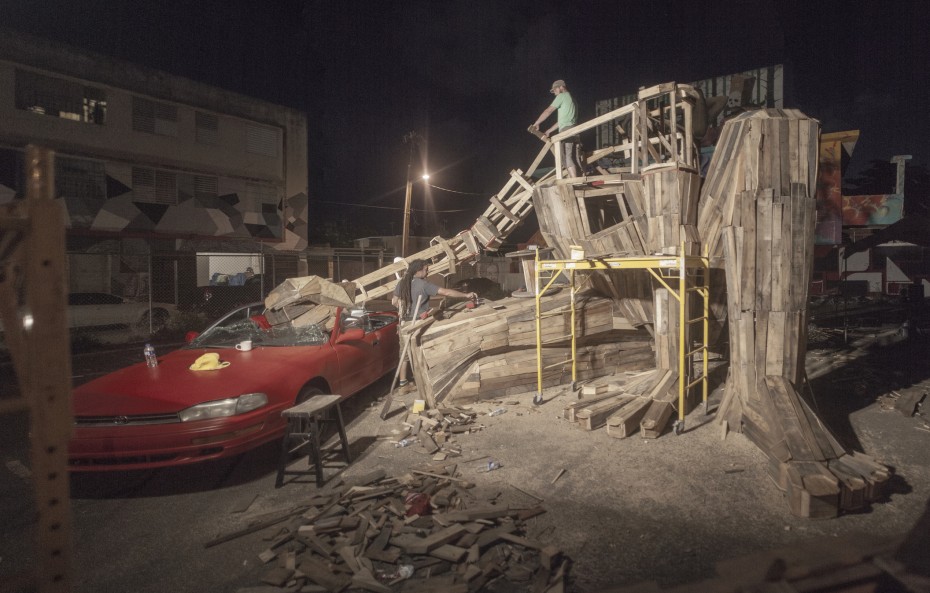 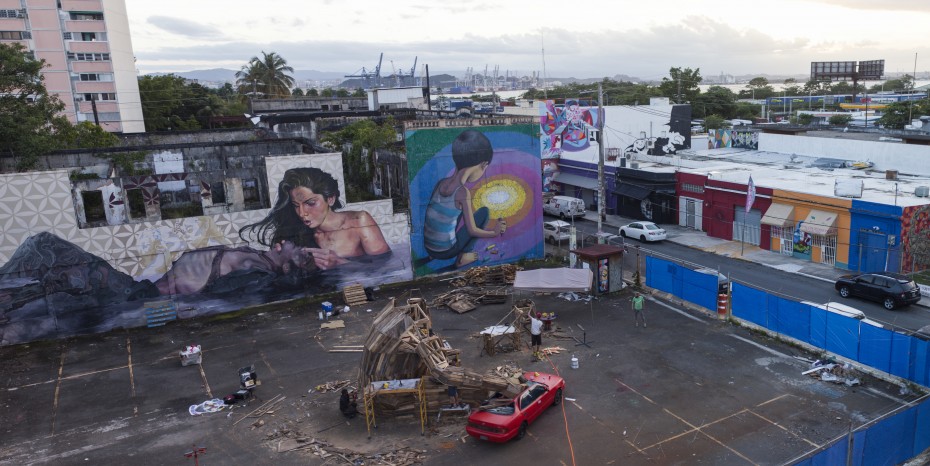 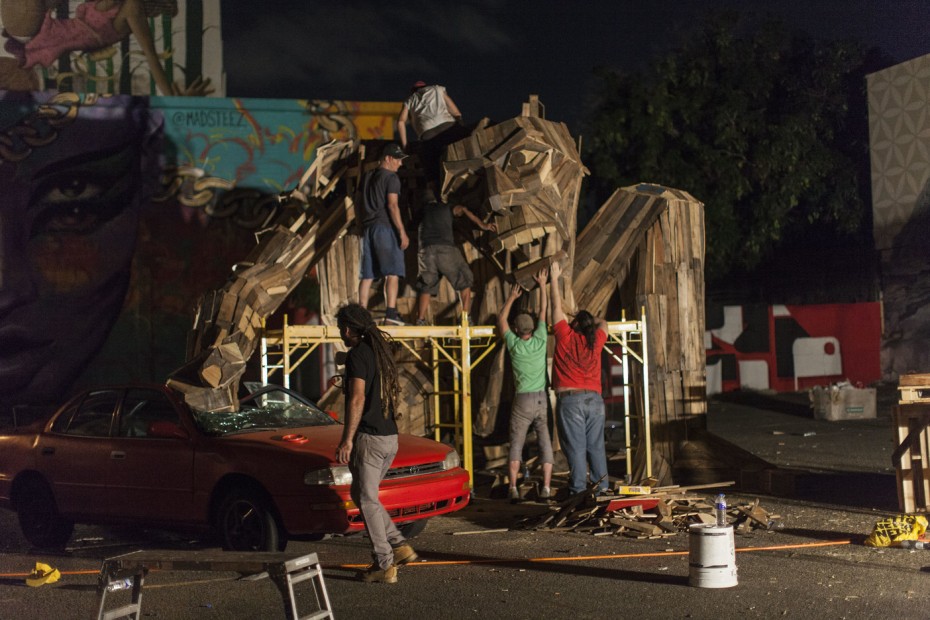 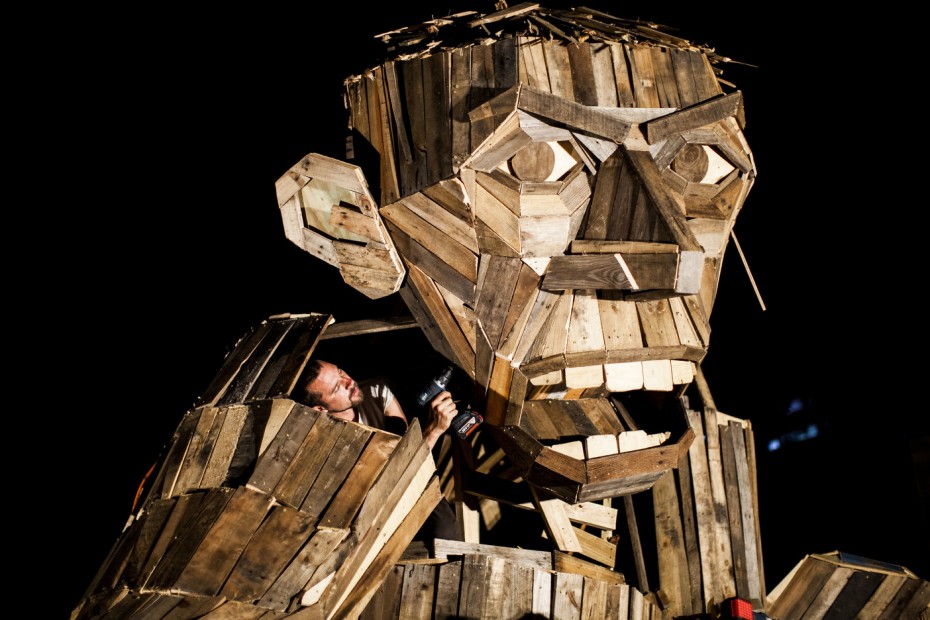 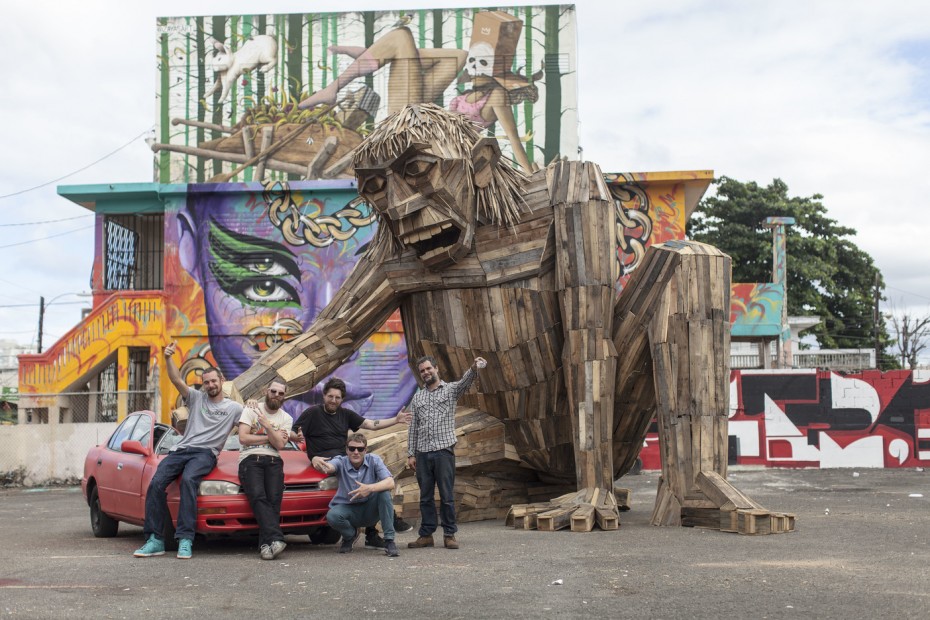 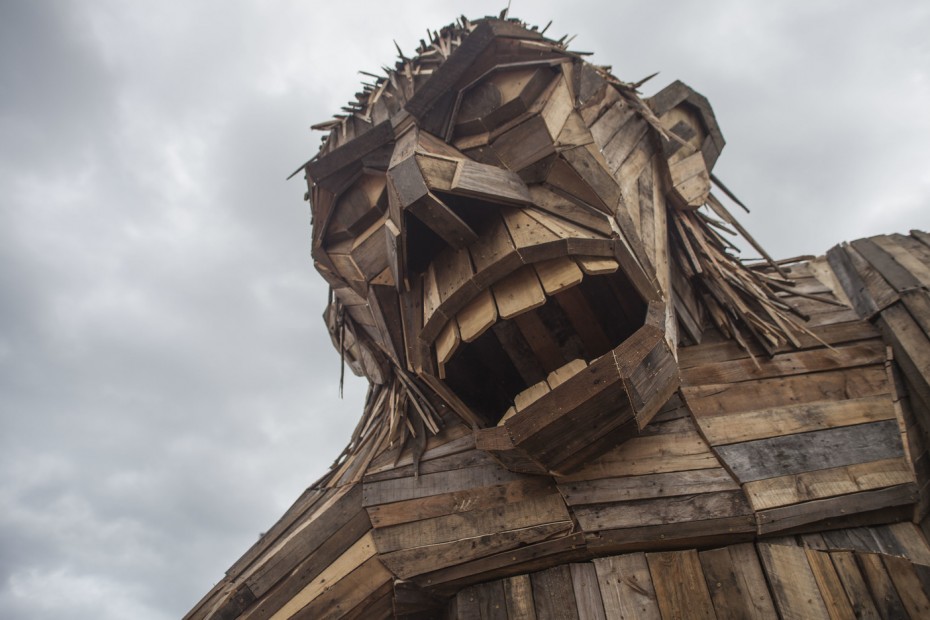