The Troll Habitat is part of the exhibition “Troll Hunt”, the third major chapter of Thomas Dambo’s ongoing recycled troll project “The great story of the little people and the giant trolls, and the sequel to Thomas Dambo’s “The forgotten Giants” and “The Mountain Trolls”

The Troll Habitat is hidden deep inside the woods of Morton, and can only be found by the true pathfinders. Those who find it, however, are lucky if they make it out alive.

In the Habitat, you can find a huge temple, troll size tools, games, weapons and more all made from recycled materials. 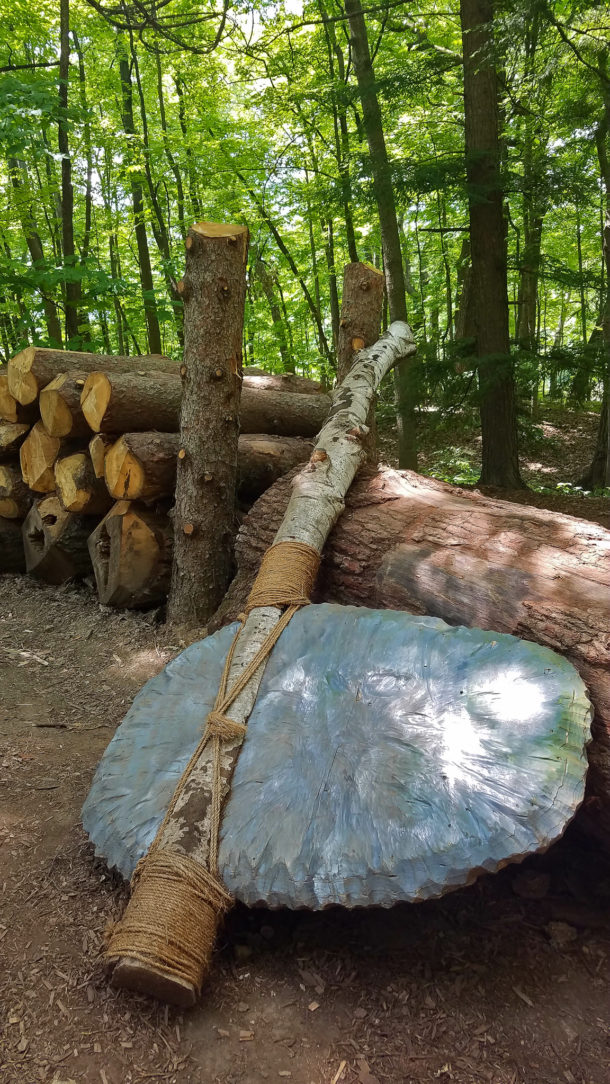