Sneaky Socks Alexa is one of 6 trolls in the exhibition “Troll Hunt”, the third major chapter of Thomas Dambo’s ongoing recycled troll project “The great story of the little people and the giant trolls, and the sequel to Thomas Dambo’s “The forgotten Giants” and “The Mountain Trolls”

Sneaky Socks Alexa is a sneaky one, and she loves to trick humans into traps. From watching the humans for many years, she has learned that they love nothing more than gasoline and gold, so now she has created the ultimate trap.

Alexa and the other trolls are built solely using scrap wood, and other recycled materials. 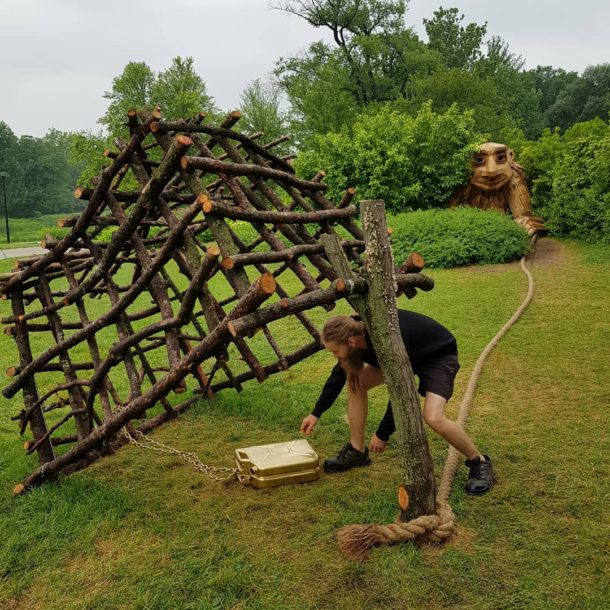 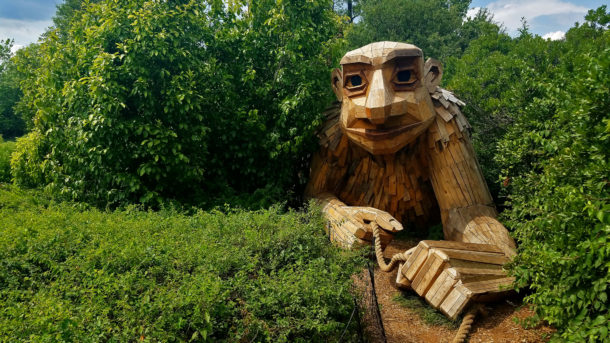 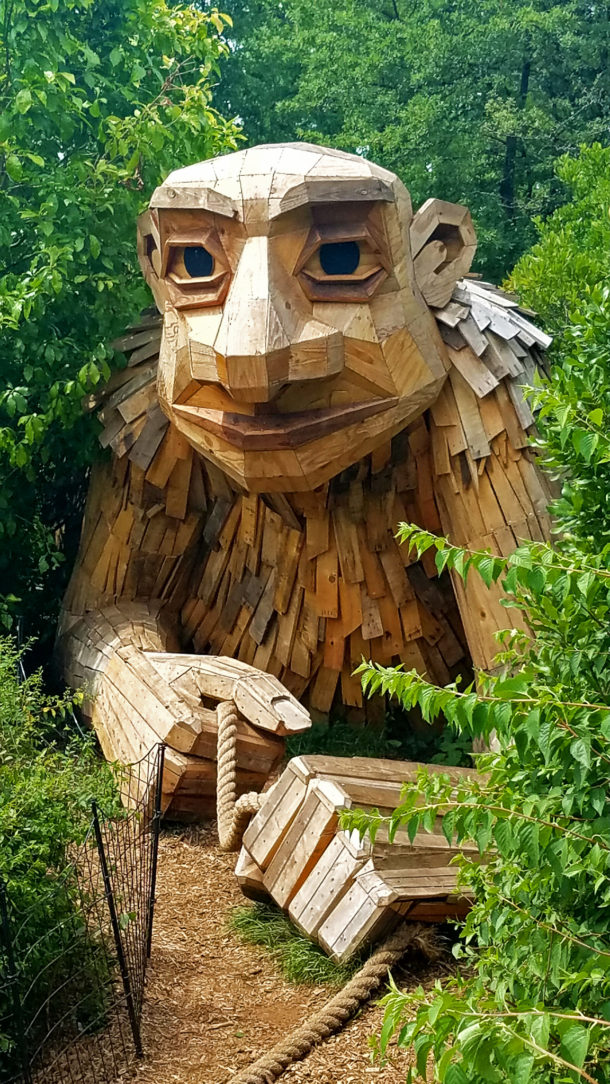 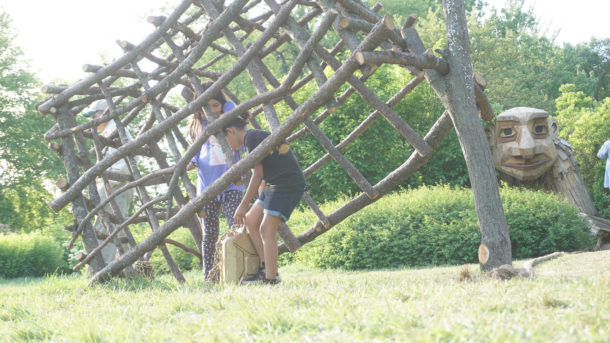 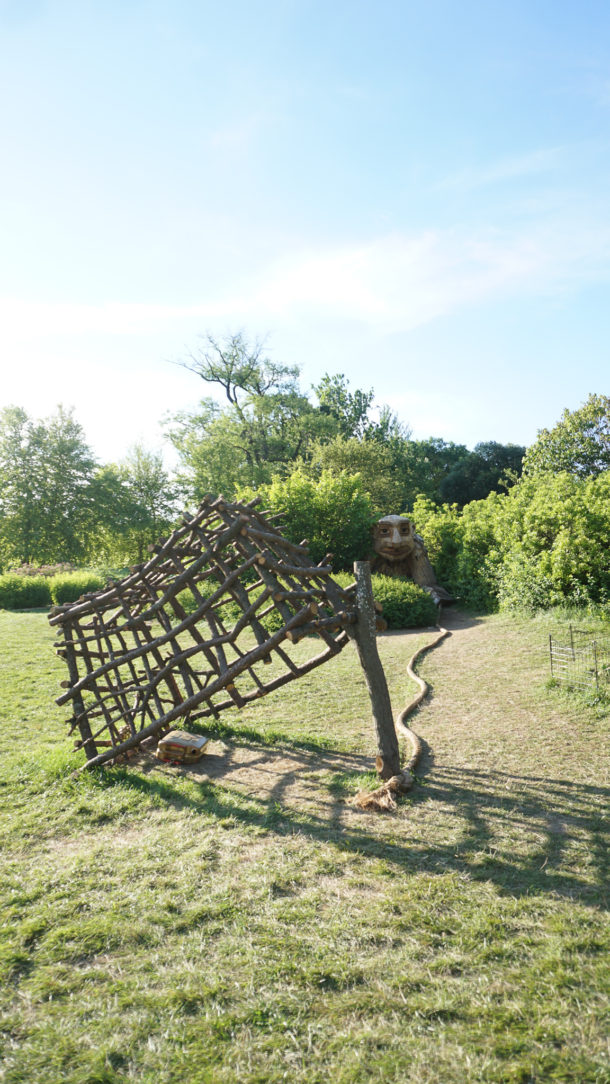