In 2015 Thomas Dambo and his team made the recycle sculpture Simon Selfmade in the town of Tilst outside of Aarhus, Denmark. The sculpture was supposed to be temporary so Thomas and his team decided not to attach it to the ground, so that the sculpture could easily be moved to a new location. Unfortunately a big hurricane hit Aarhus shortly after, and Simon was completely destroyed.

In his time in Tilst the community had become really fund of Simon, and were really sad about his sudden disappearance. A 14 year old girl named Anine thought that it was such a big shame, that she decided to make a Facebook group and raise fonds to have Simon rebuild. In only four days she managed to raise enough money to cover Thomas Dambos expenses for making a new sculpture, and it was announced that Simon would return.

Being an artist Thomas doesn’t like building exact copies of his work, so he decided to change the sculpture a bit. The new sculpture is now finished building himself and is now building a new friend to keep him company. In honor of Anine who made the project possible, and even volunteered together with two friends to build the sculpture, the name of Simons new friend is Anine. Therefore the sculpture is called Simon and Anine.

As always the sculpture is build solely using scrapwood and recycled materials. 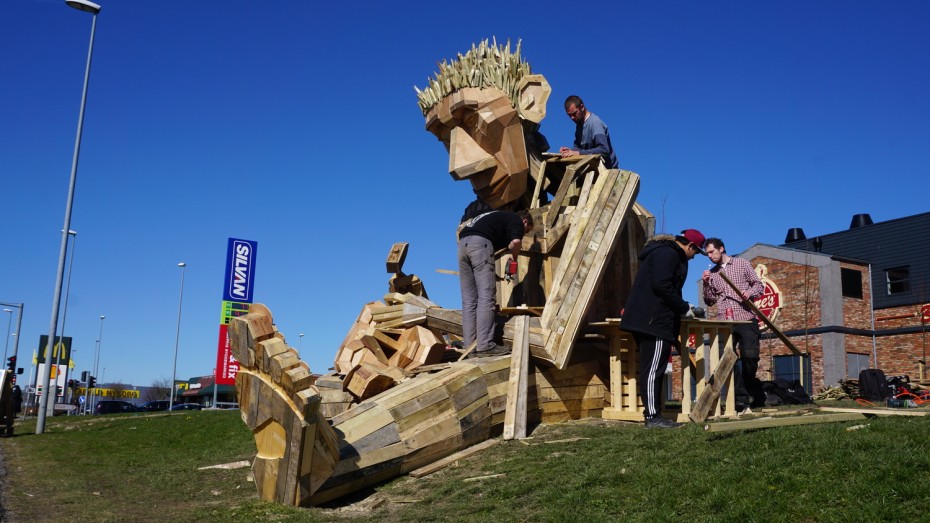 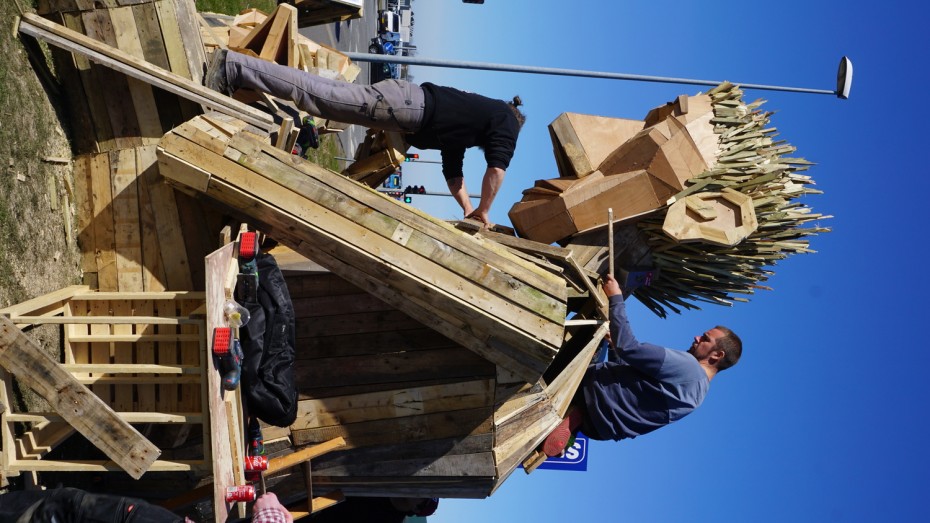 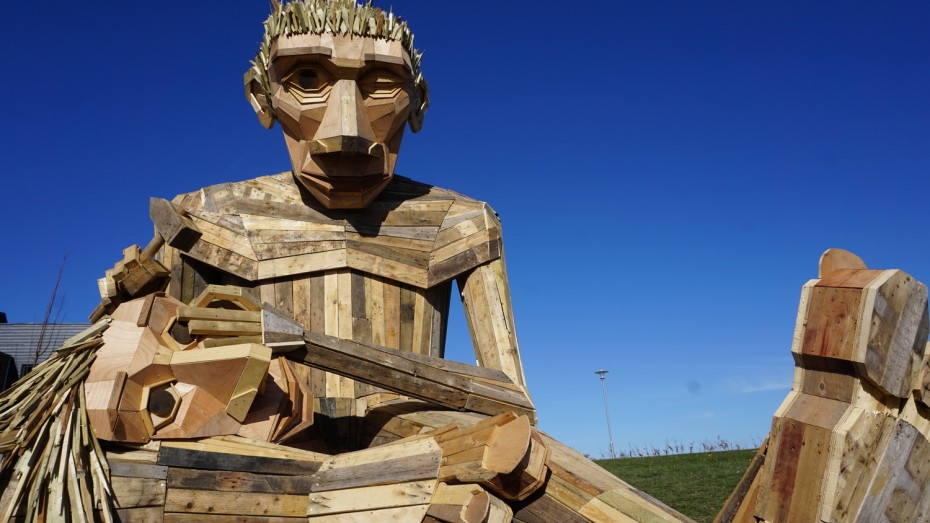 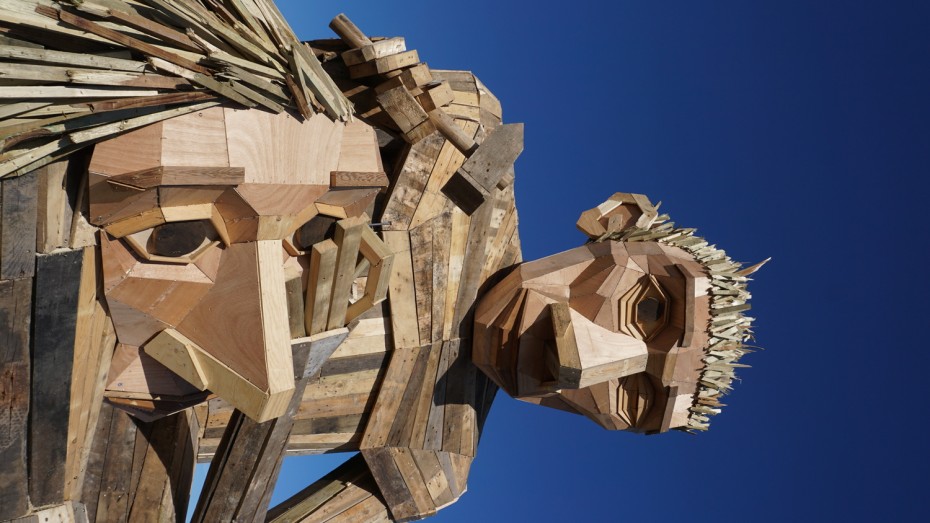 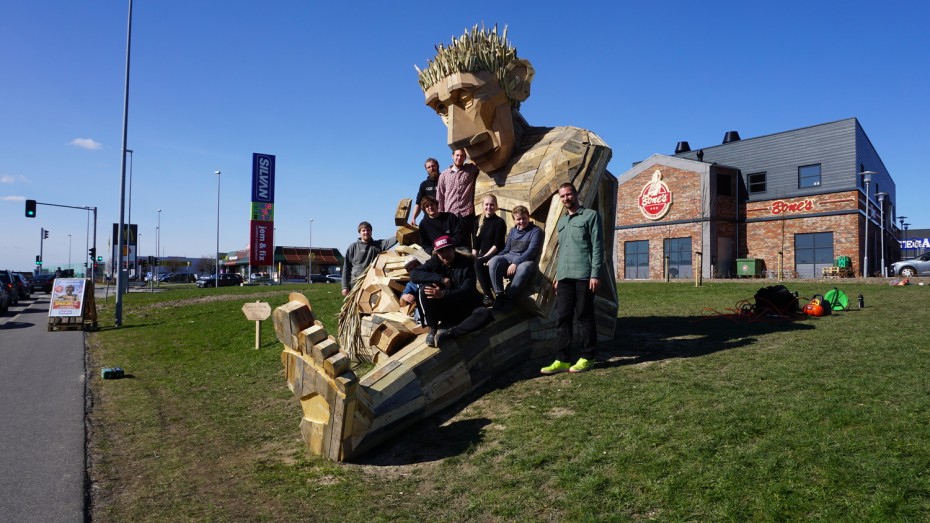 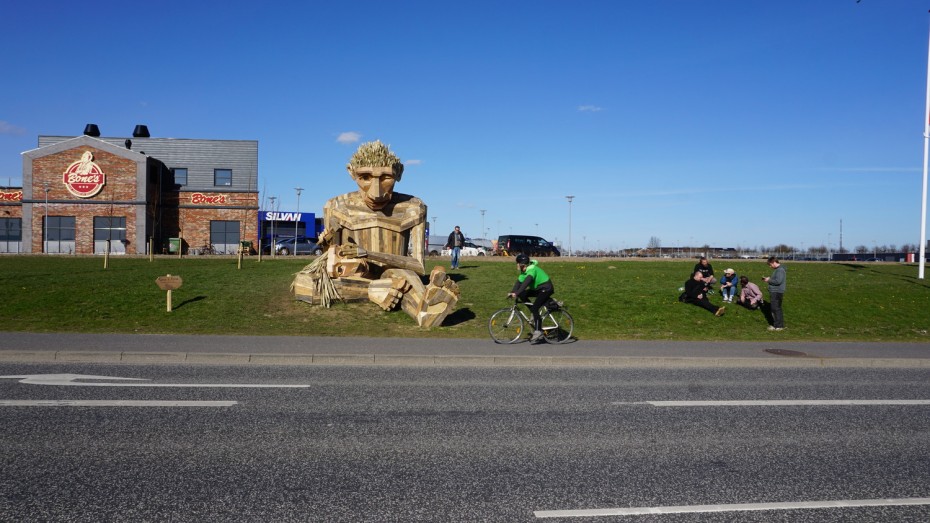 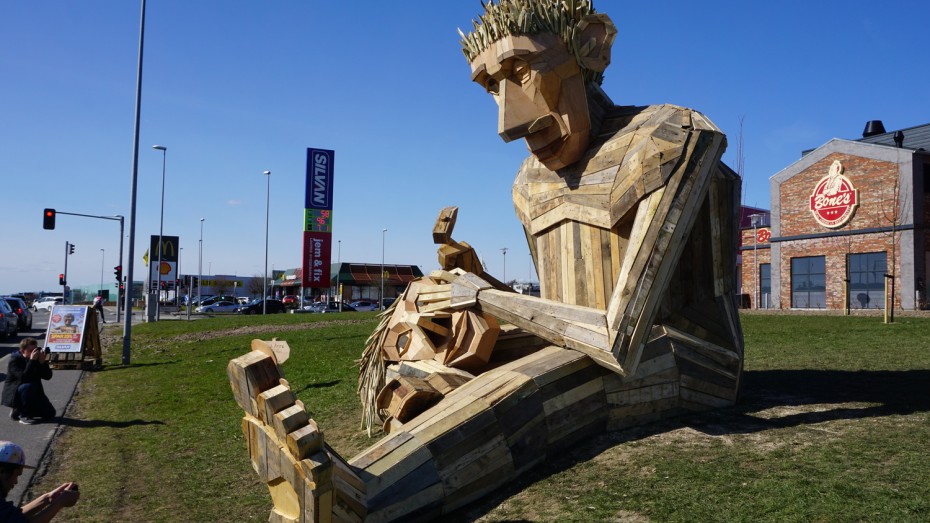 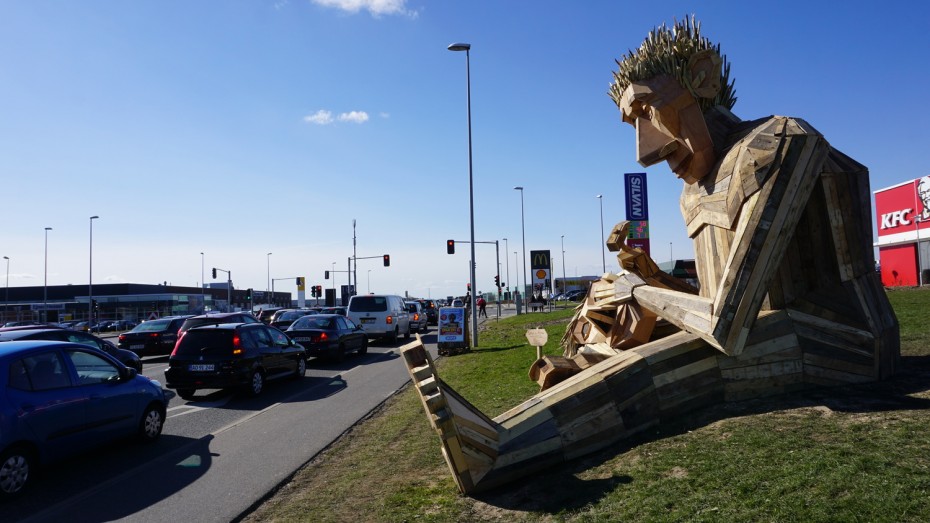 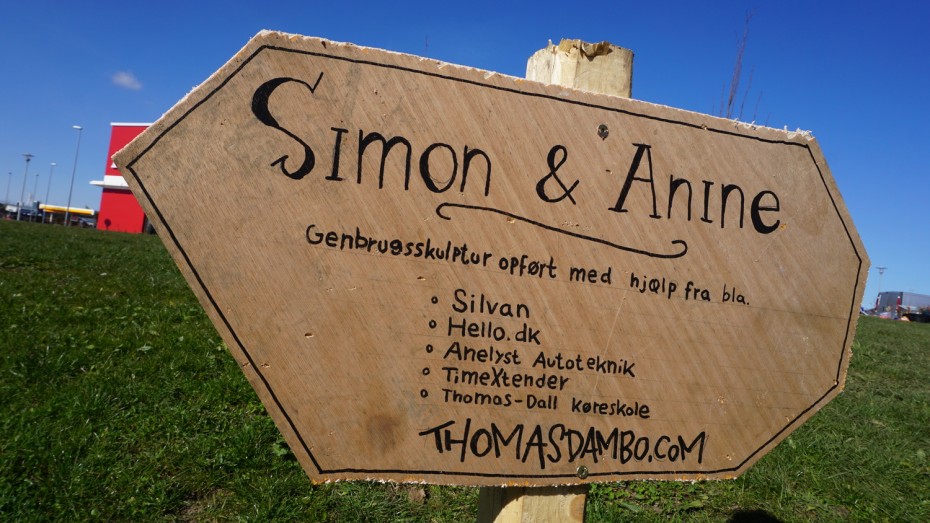