Sigurd, The Bird & The Red Thing 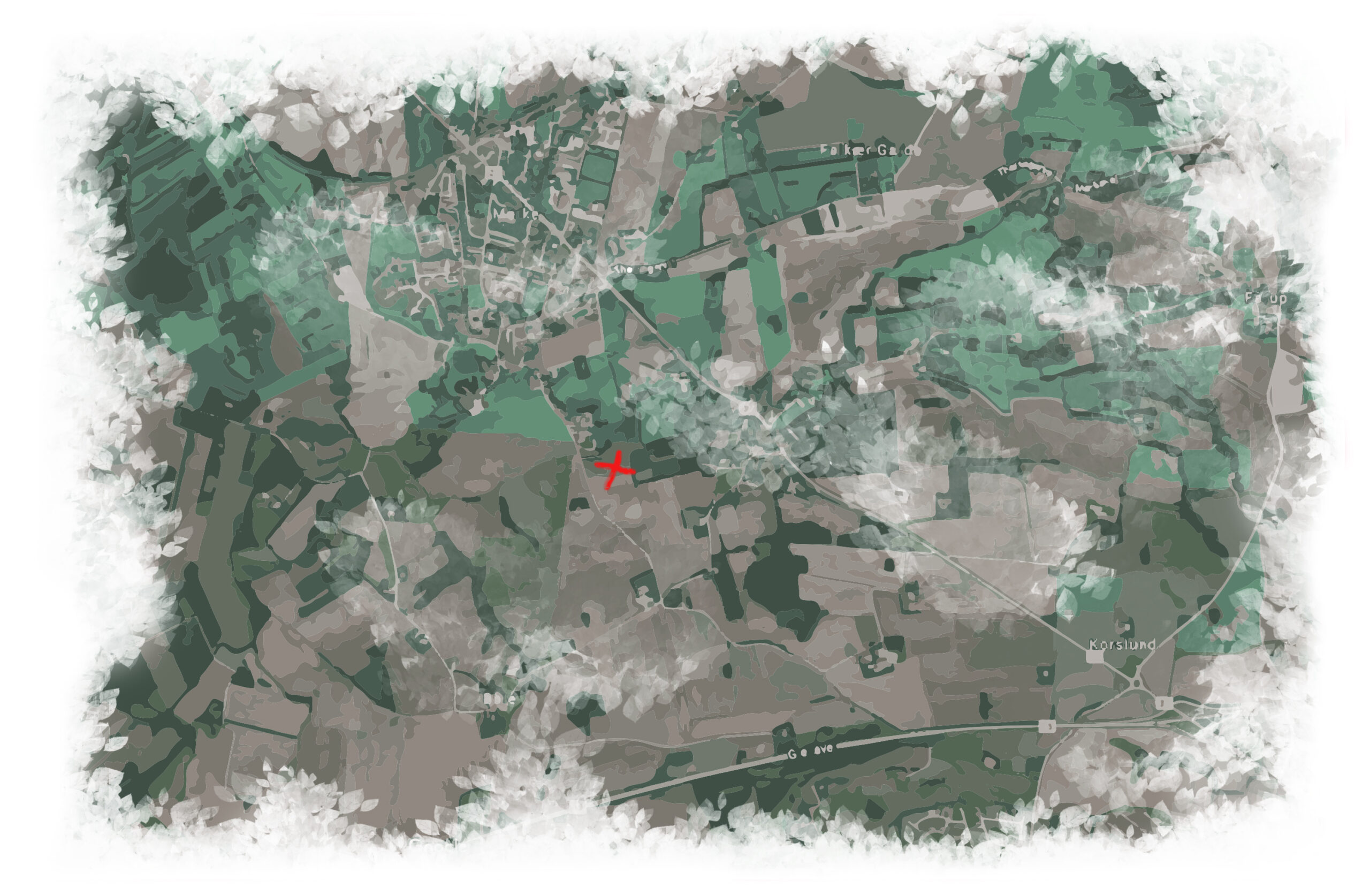 Sigurd, The Bird & The Red Thing

This is the story of Sigurd the troll
A brave little troll with a helpfull soul
It’s not first, neither last time the story is told.
Cause the story is new, yet the meaning is old

He sat in the grass and he heard the grass grow.
He felt the sun glow on his fur the wind blow
But then swift came a bird, and it sat on his toe.
It Sparkled like a sparrow and spoke like a crow.

The bird looked at Sigurd, Sigurd looked at the bird.
Then The bird said to Sigurd “please help, have you heard?”
“There’s a weird animal at the hill – scaring all the small birds
It’s red, smells like a turd, and makes so much noize it hurts”

Then they walked to the hill, where they hid by a boulder
Ore the bird didn’t really walk it just sat on Sigurds shoulder
And from the shoulder and boulder, they saw a weird thing.
It was red, with four legs, and ran round in a ring.

First Sigurd yelled “hey you! please don’t be so loud”
But it kept running round in a big smelly cloud
Then the bird said “throw a rock Sigurd, make it wakes up”
The rock hit it, in its eye but it still wouldn’t stop.

Then Sigurd walked out and he told it to break
But the thing couldn’t see him and ran right into his leg.
Now the bird and Sigurd saw the animal was not awake
The skin was cold, the belly hard, and smiling eyes where fake

So Sigurd sat on the thing and took a good hold.
The bird said thanks Sigurd, and down the hill, he rolled
Again and again, till the day, he grew old
And that is the story of Sigurd the troll. 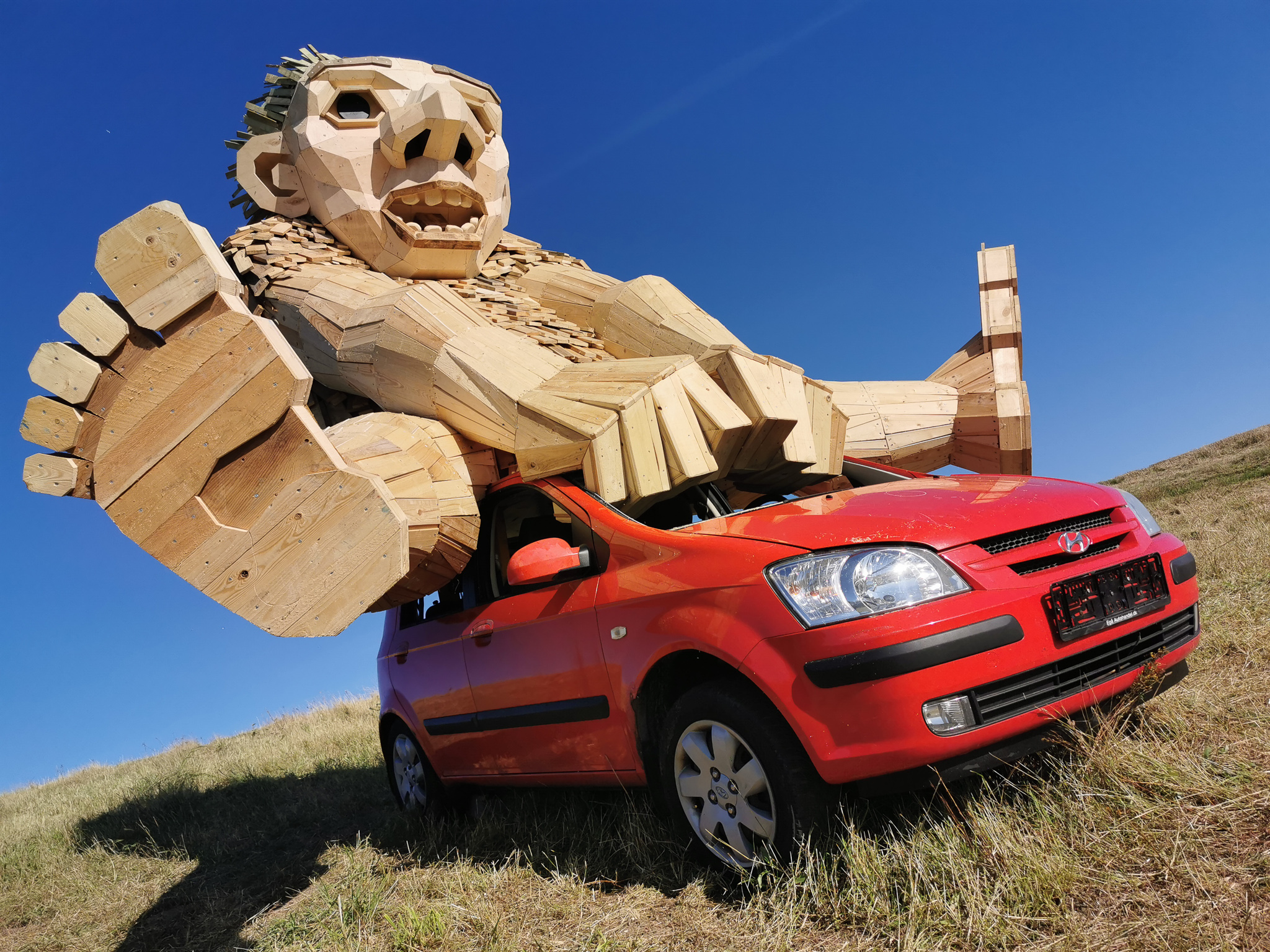 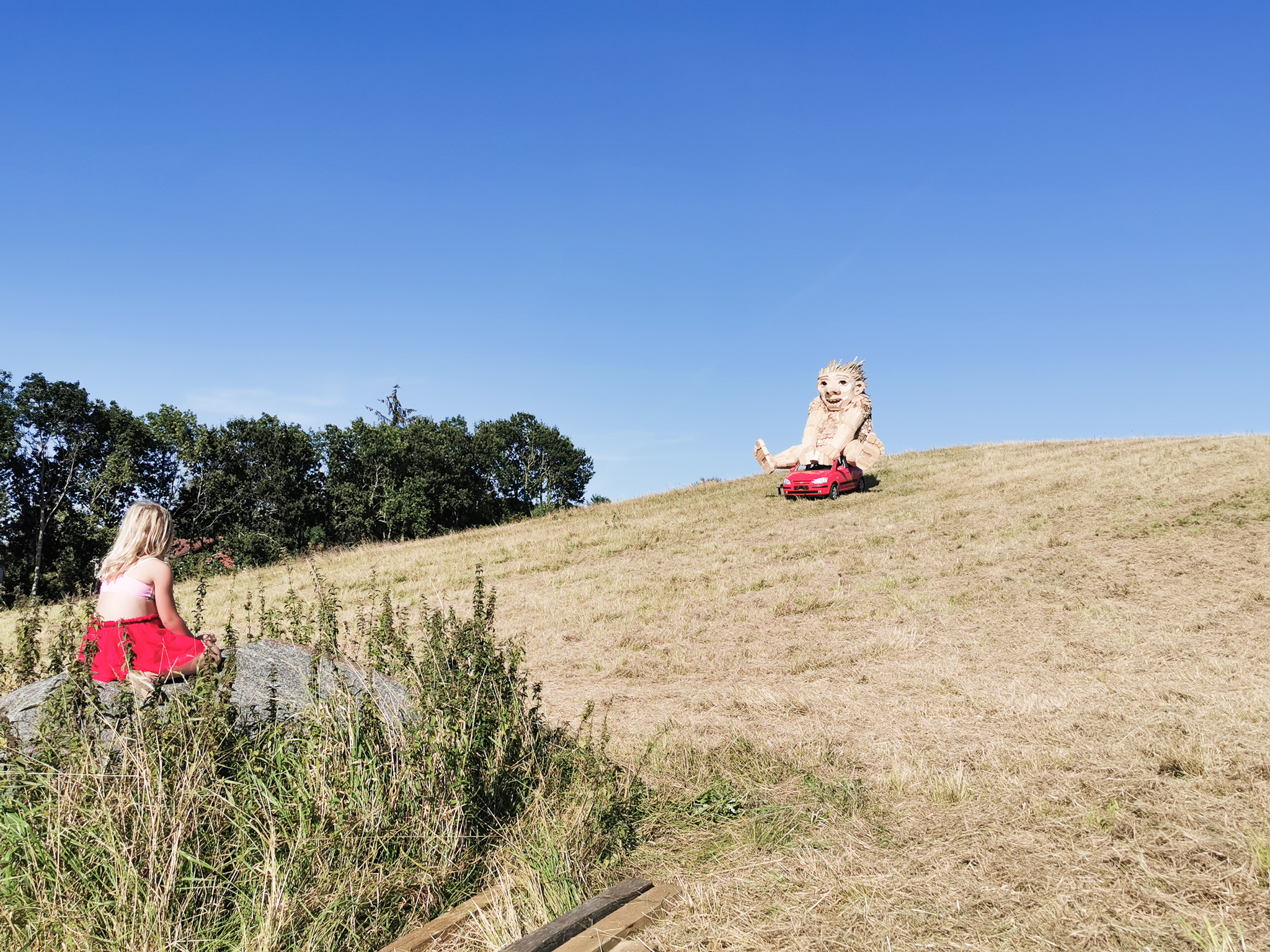