Rocky Bardur is one of 6 trolls in the exhibition “Troll Hunt”, the third major chapter of Thomas Dambo’s ongoing recycled troll project “The great story of the little people and the giant trolls, and the sequel to Thomas Dambo’s “The forgotten Giants” and “The Mountain Trolls”

Rocky Bardur loves rocks, but he hates the weird metal horses created by humans, blowing smoke in his face. He wasn’t exactly happy about a parking lot being build at one of his favorite hangouts. Therefore he decided to take action, he gathered some of his favorite rocks and started smashing the cars.

Bardur and the other trolls are built solely using scrap wood, and other recycled materials. 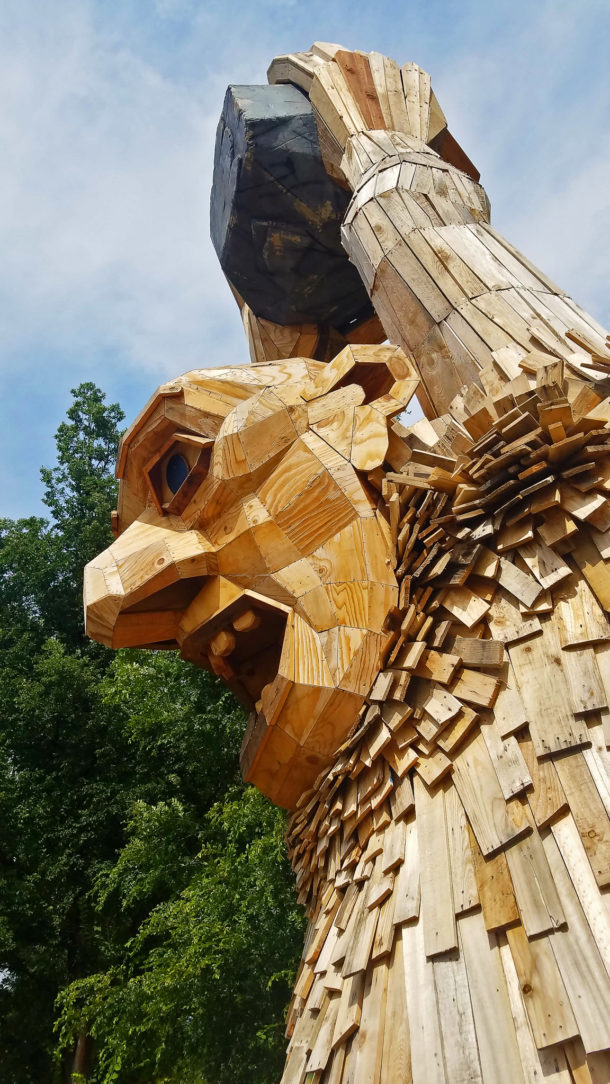