Rob the snake is a recycle sculpture build solely from pallets and various scrapwood. It is part of a three sculpture piece Thomas Dambo made at a large market in Gold Coast, Australia. The snake is made with an entrance in the side so that people can enter into the tail of the snake. The pattern on the snake Thomas and his team made using dark and light colored pallets arranging them so that they would make a pattern similar to that of a real snake.
It was named Rob after one of the workers on the marked who assisted Thomas and his team, drilled holes in the cement etc and made sure there cooler was always filled with ice and bottles of water.
If you were to stretch the snakes tail it would in theory be about 30 meters long. 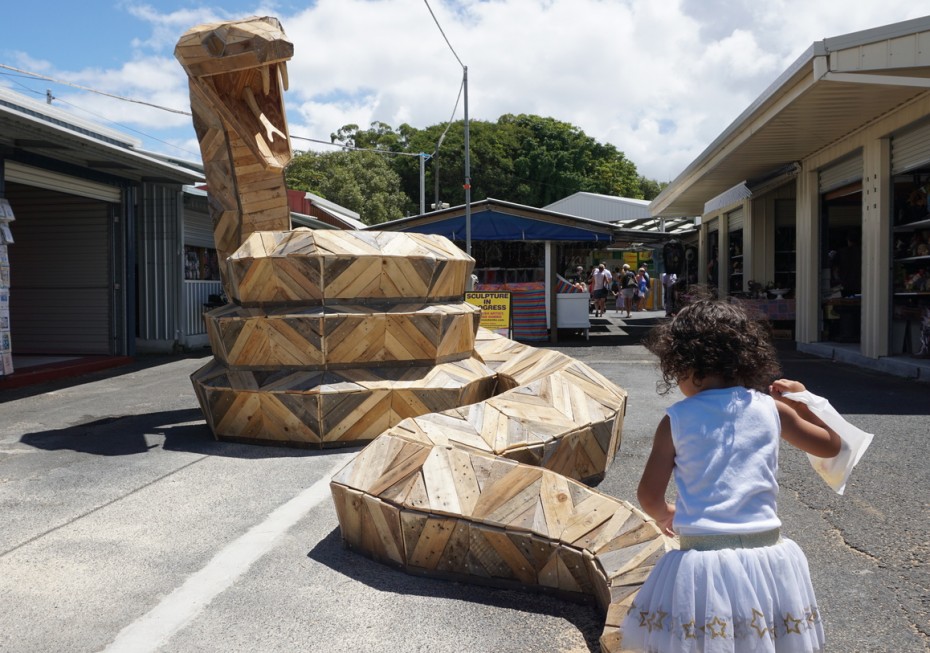 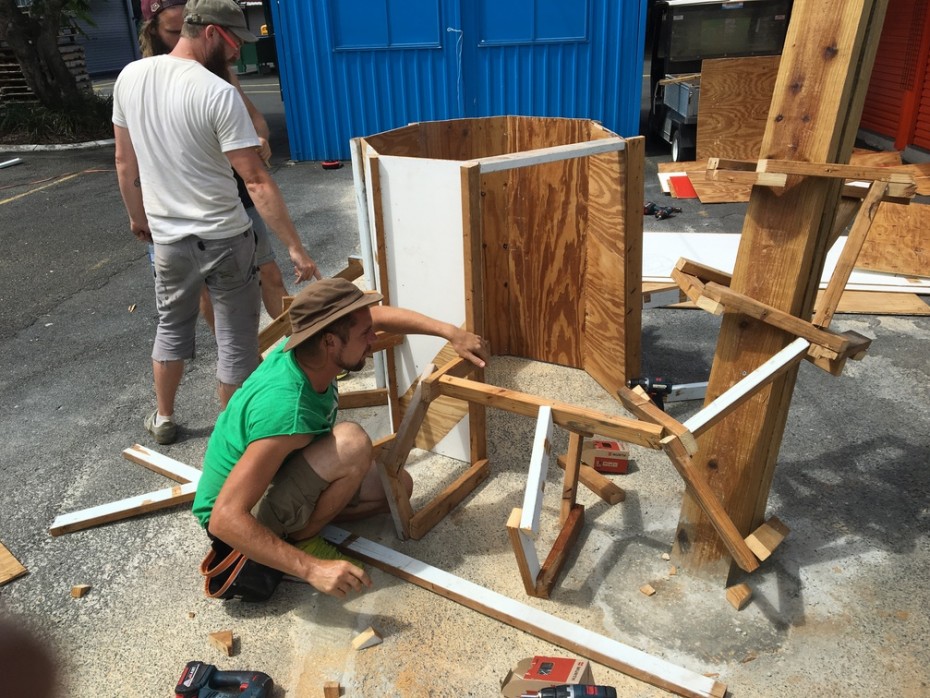 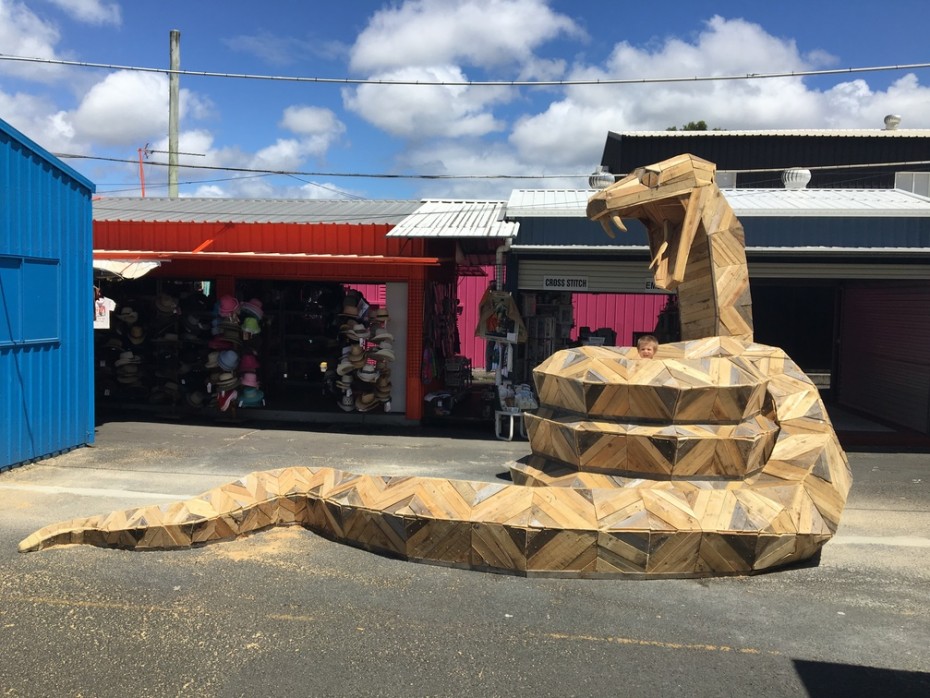 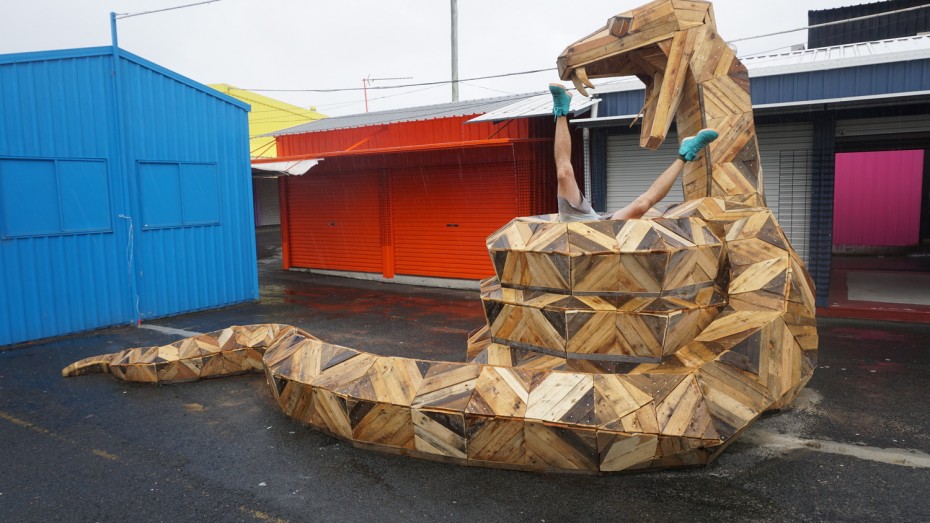 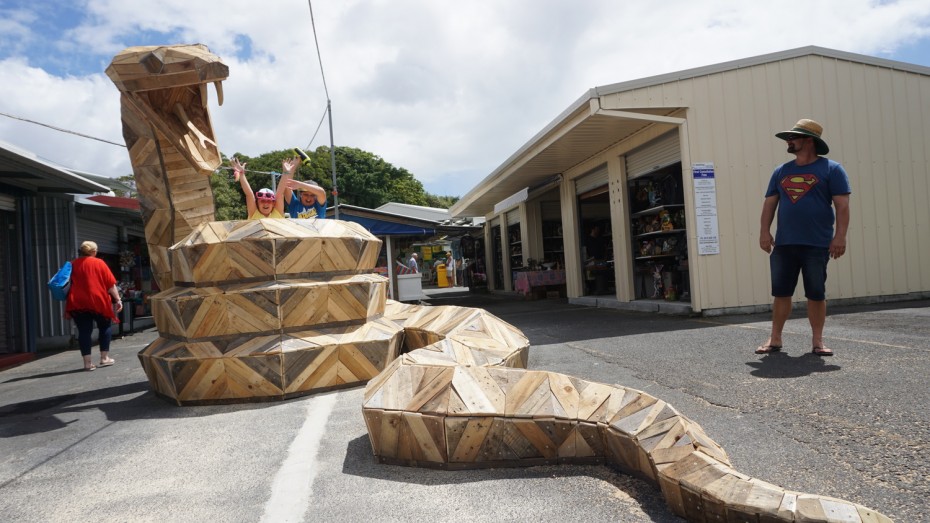 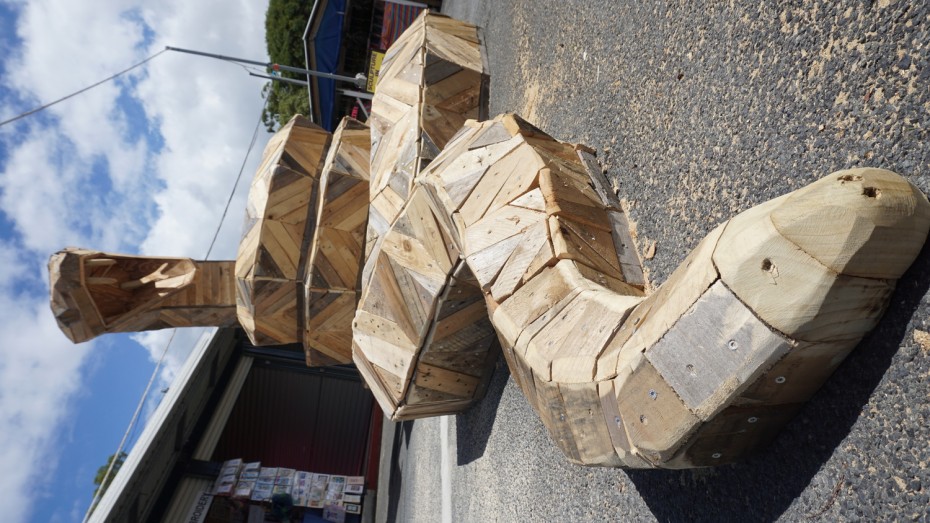 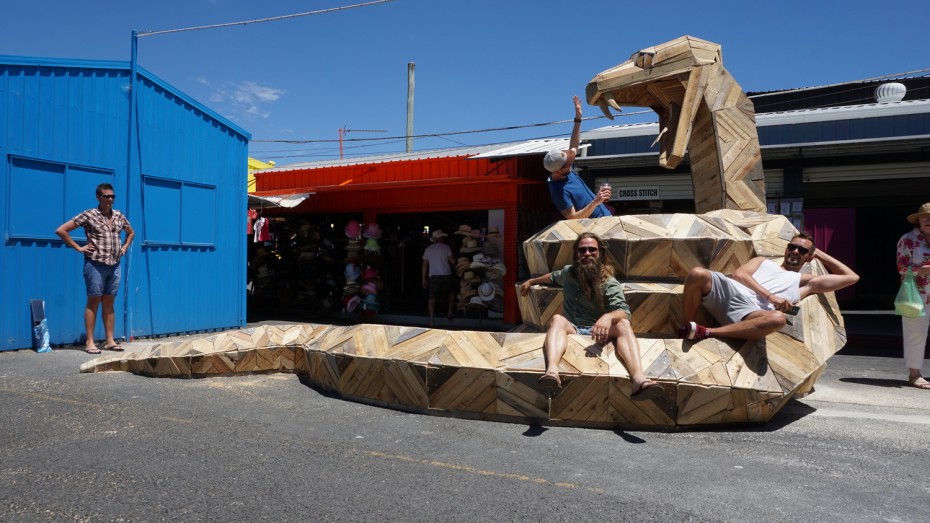 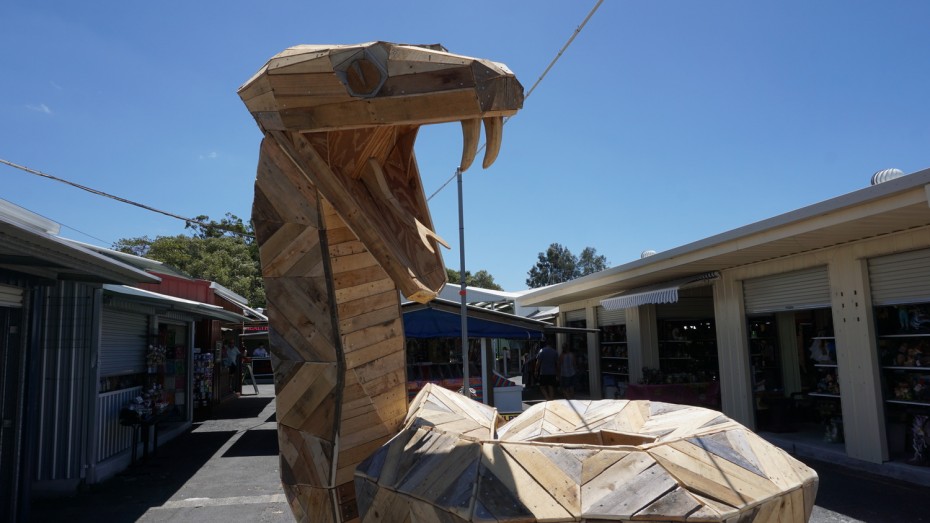