In the spring of 2015 Thomas Dambo build the recycle sculpture Troels The Troll for the town of Horsens, a giant troll holding a swing for the local kids of all ages.

Troels quickly became a beloved part of the town, so much that two years later, they requested for Thomas to make him a couple of children. In spring 2017 the Thomas Dambo team made Laura and Julian, two baby trolls holding each end of a slackline for the local kids to use.

Laura and Julian are made from old floor boards and scrapwood from a local hardware store. They are named after an intern named Laura and Thomas’ good friend Julian who helped build the two sculptures. 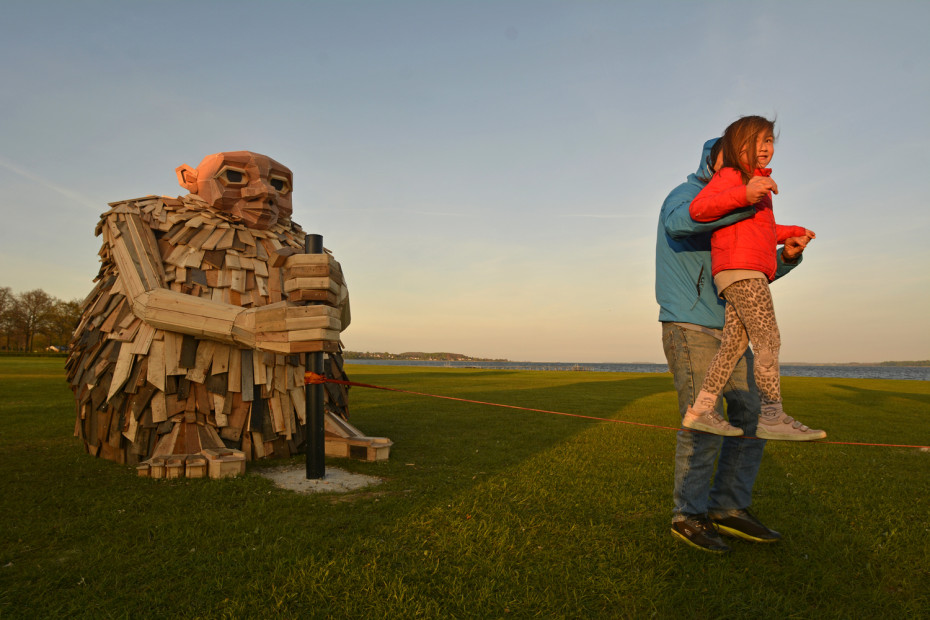 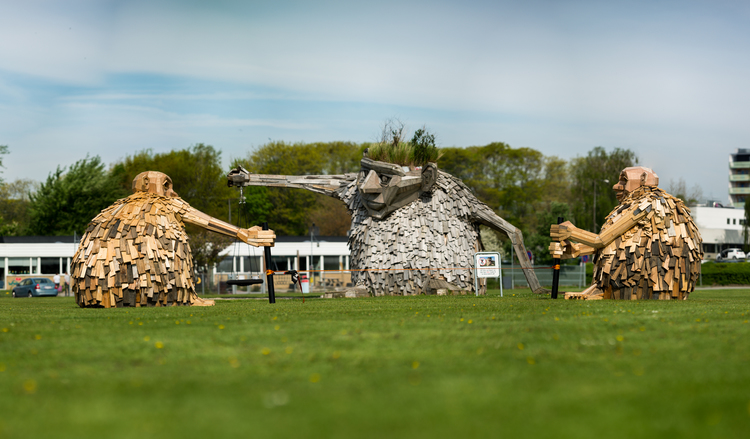 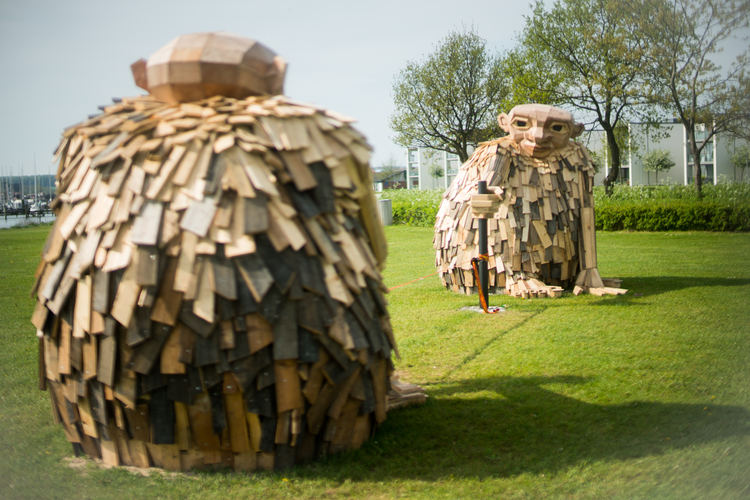 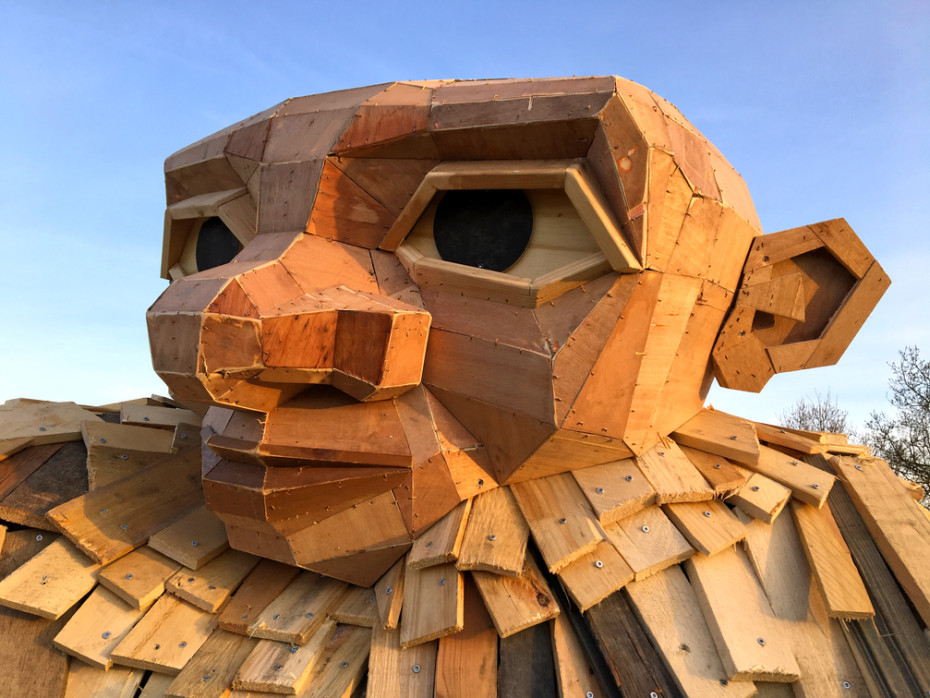 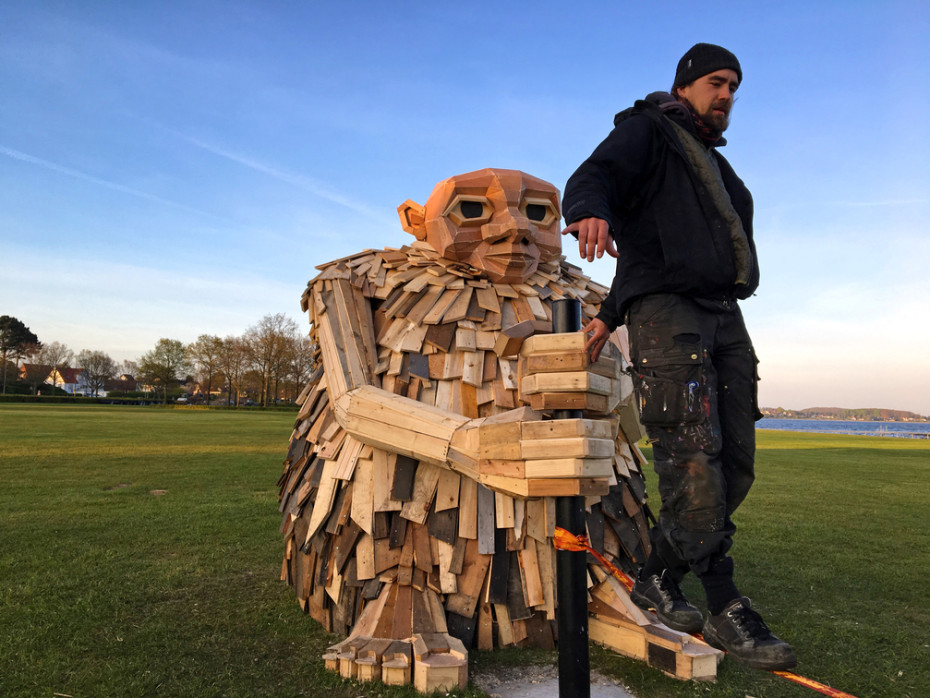 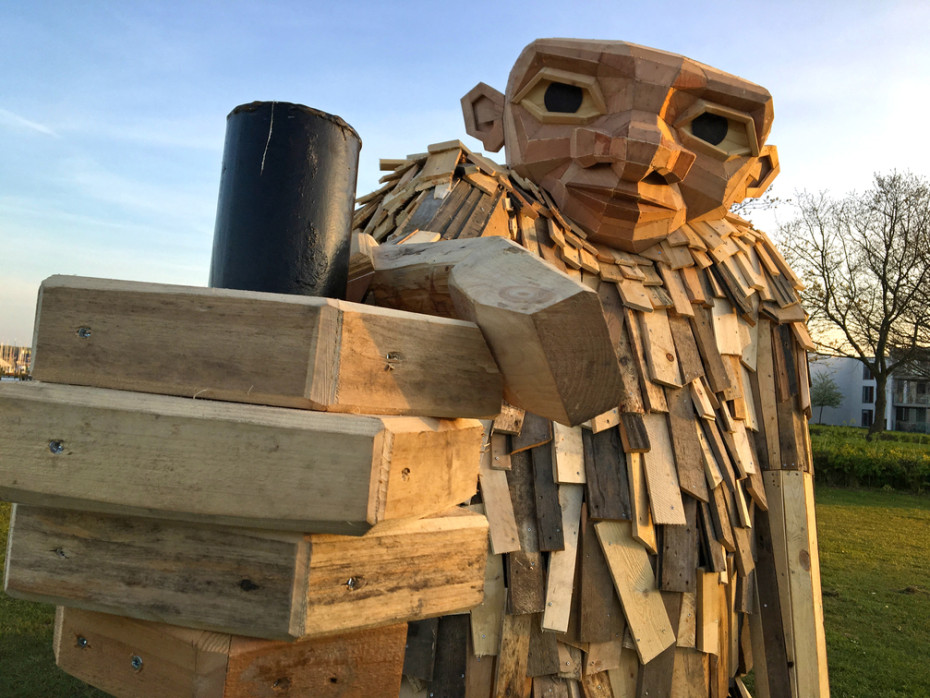 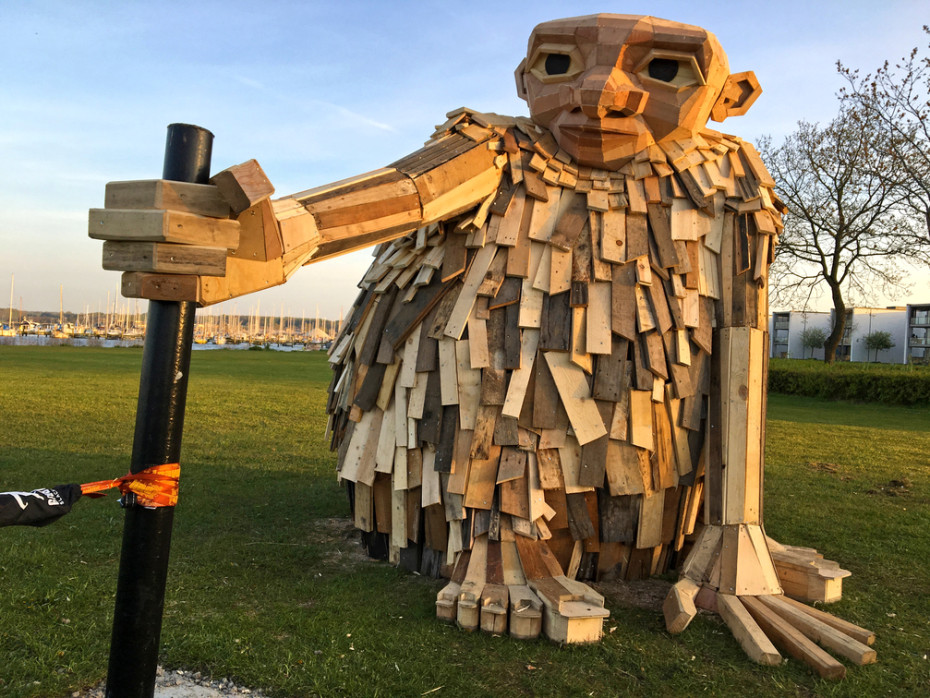 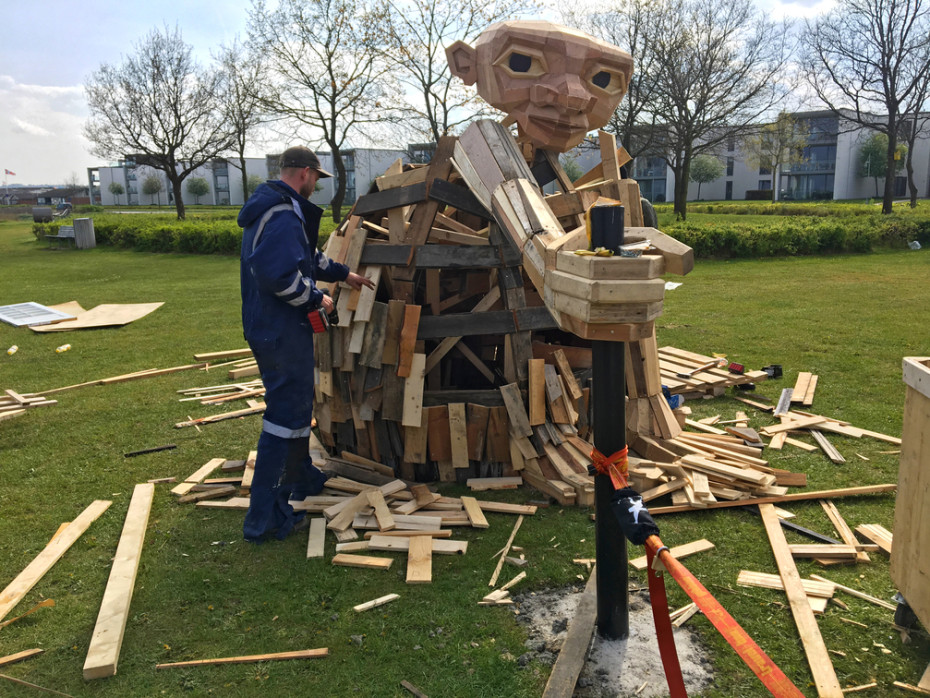 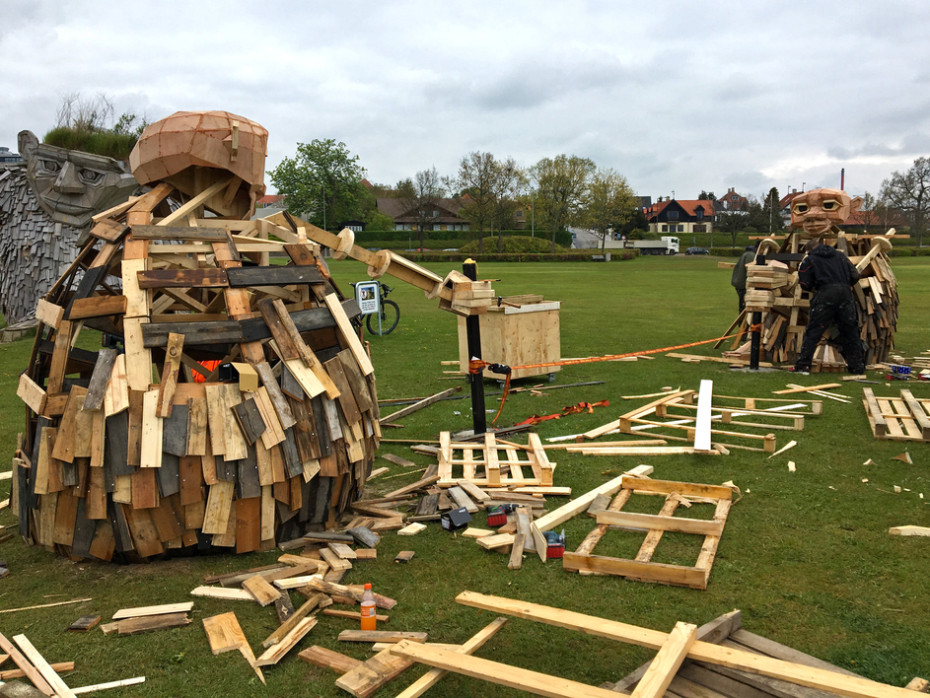 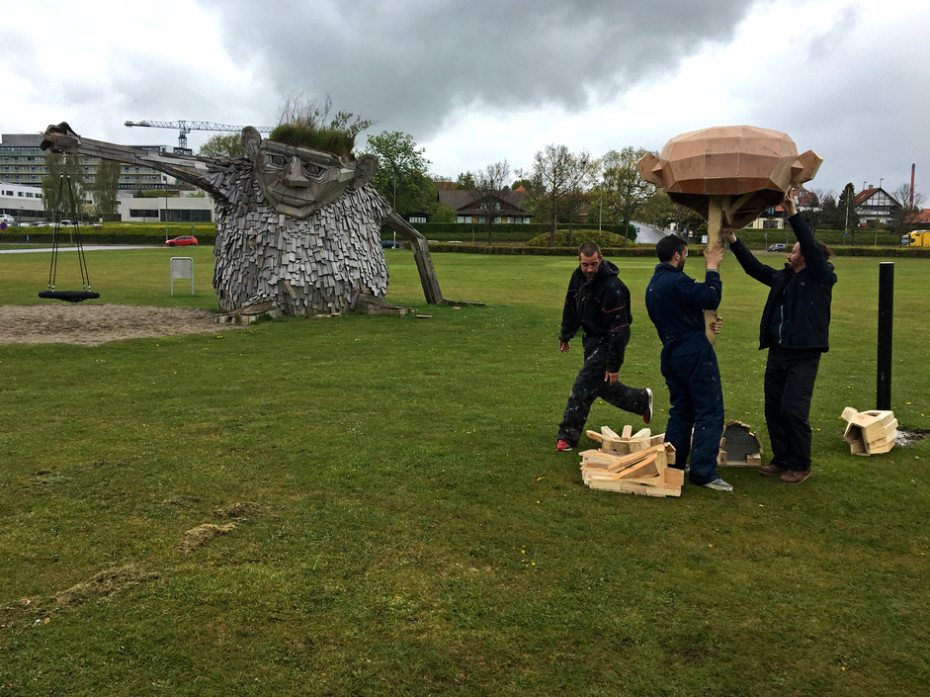 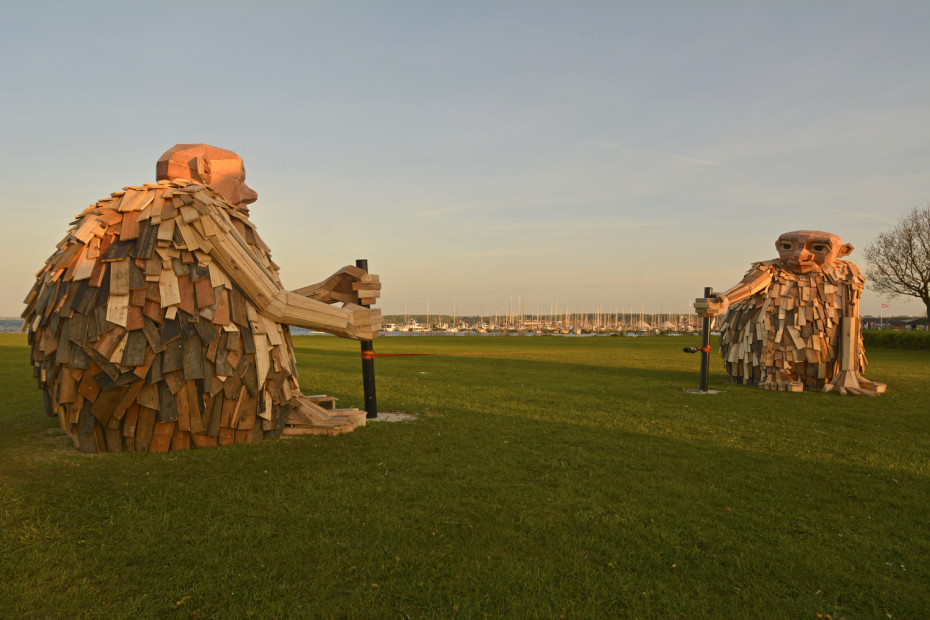 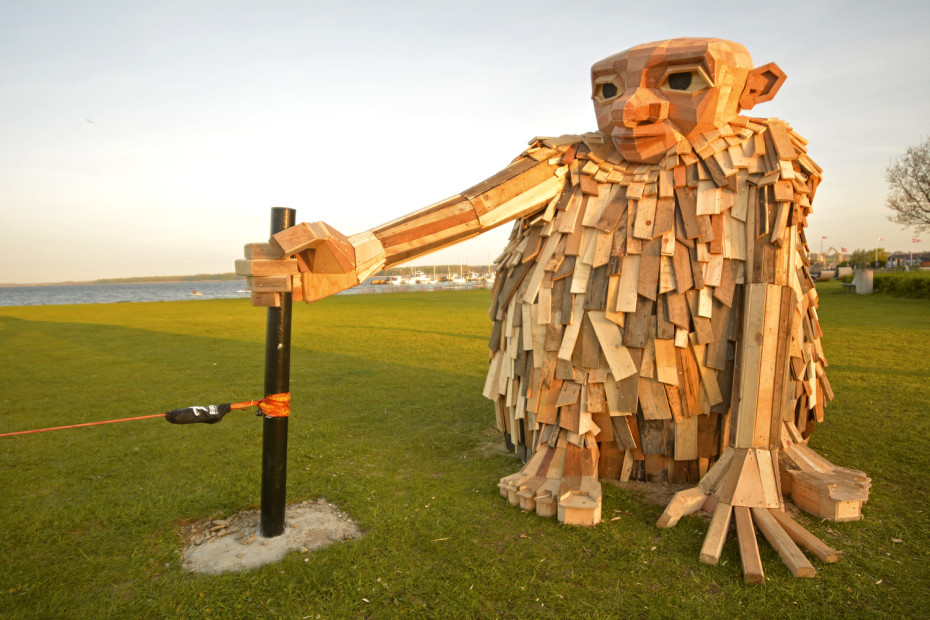