“Fred” means peace in Danish and Frederikke is a scrapwood street art sculpture Thomas Dambo and his crew made after the terrorist attacks in Paris and Copenhagen in 2015. Frederikke is a peace bringing woman who breaks guns, hoping to bring an end to all the shootings and violent acts caused by political and religious conflicts around the world.

Thomas and his two assistants installed Frederikke in a popular area in the diverse neighborhood, Nørrebro, in Copenhagen. Though they didn’t get permission to do this by the city, the locals greeted Frederikke with lots of love and she has now become a symbol in Nørrebro.

Frederikke is built from scrap wood found around the area of Frederiksberg in Copenhagen. 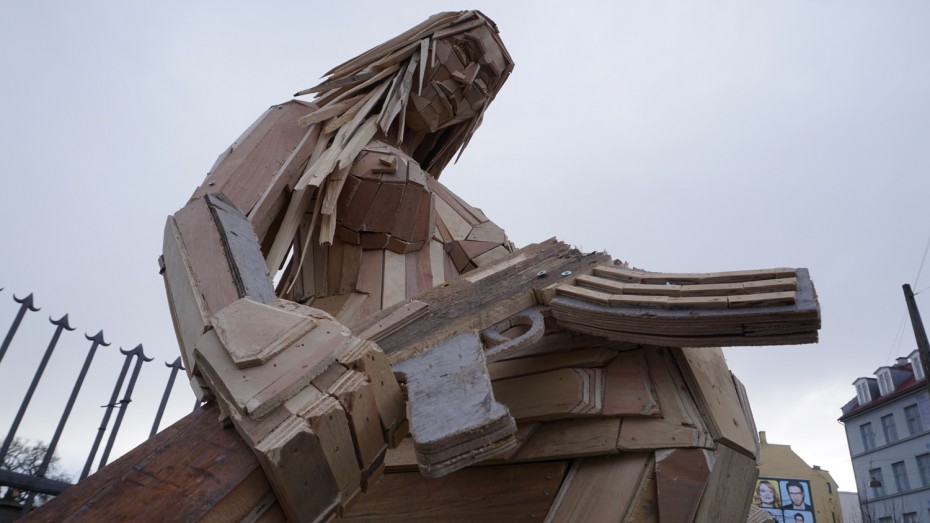 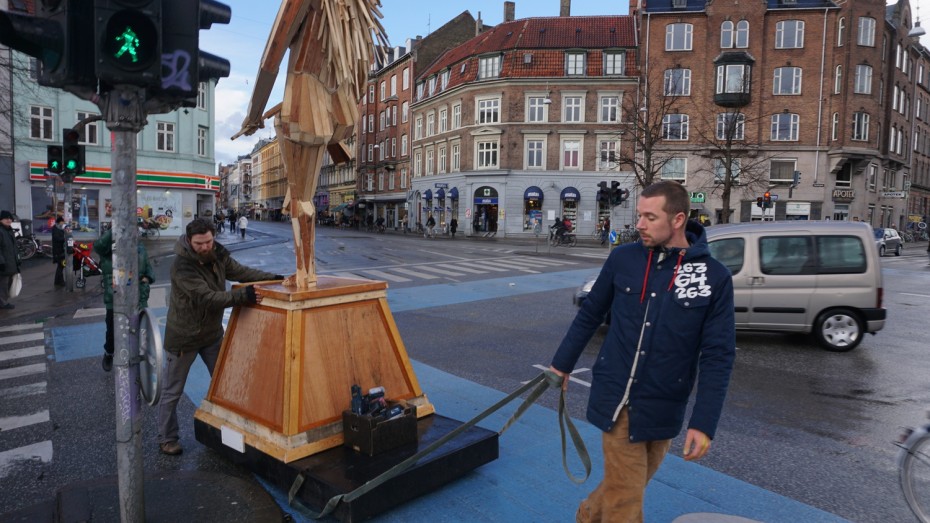 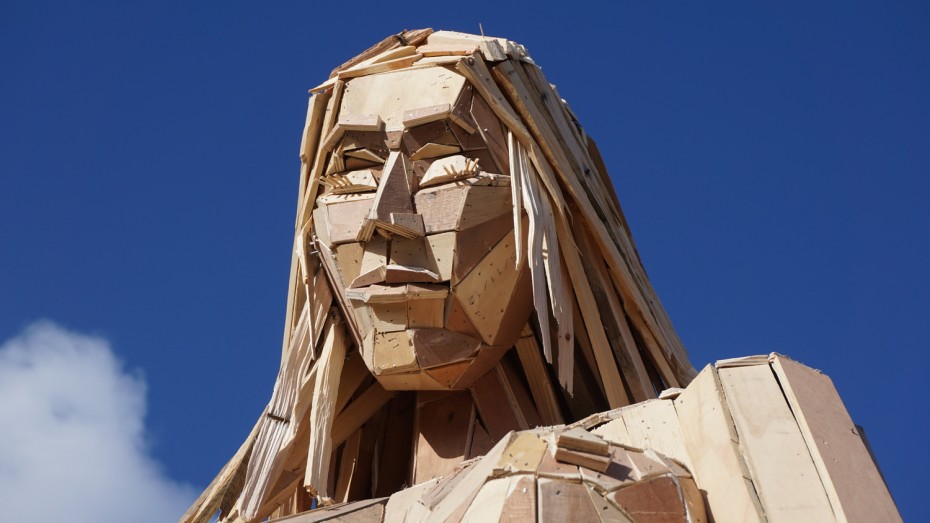 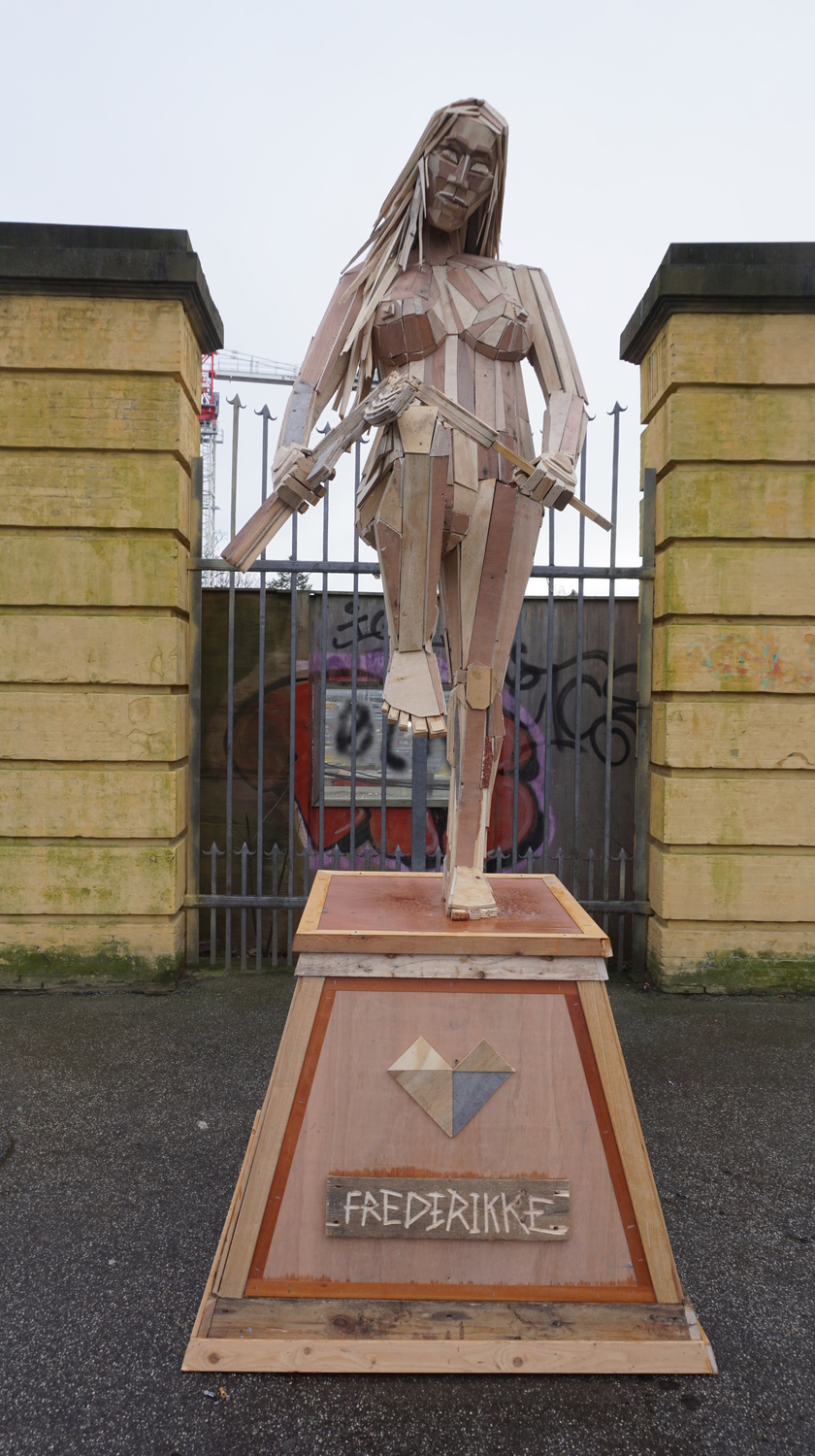 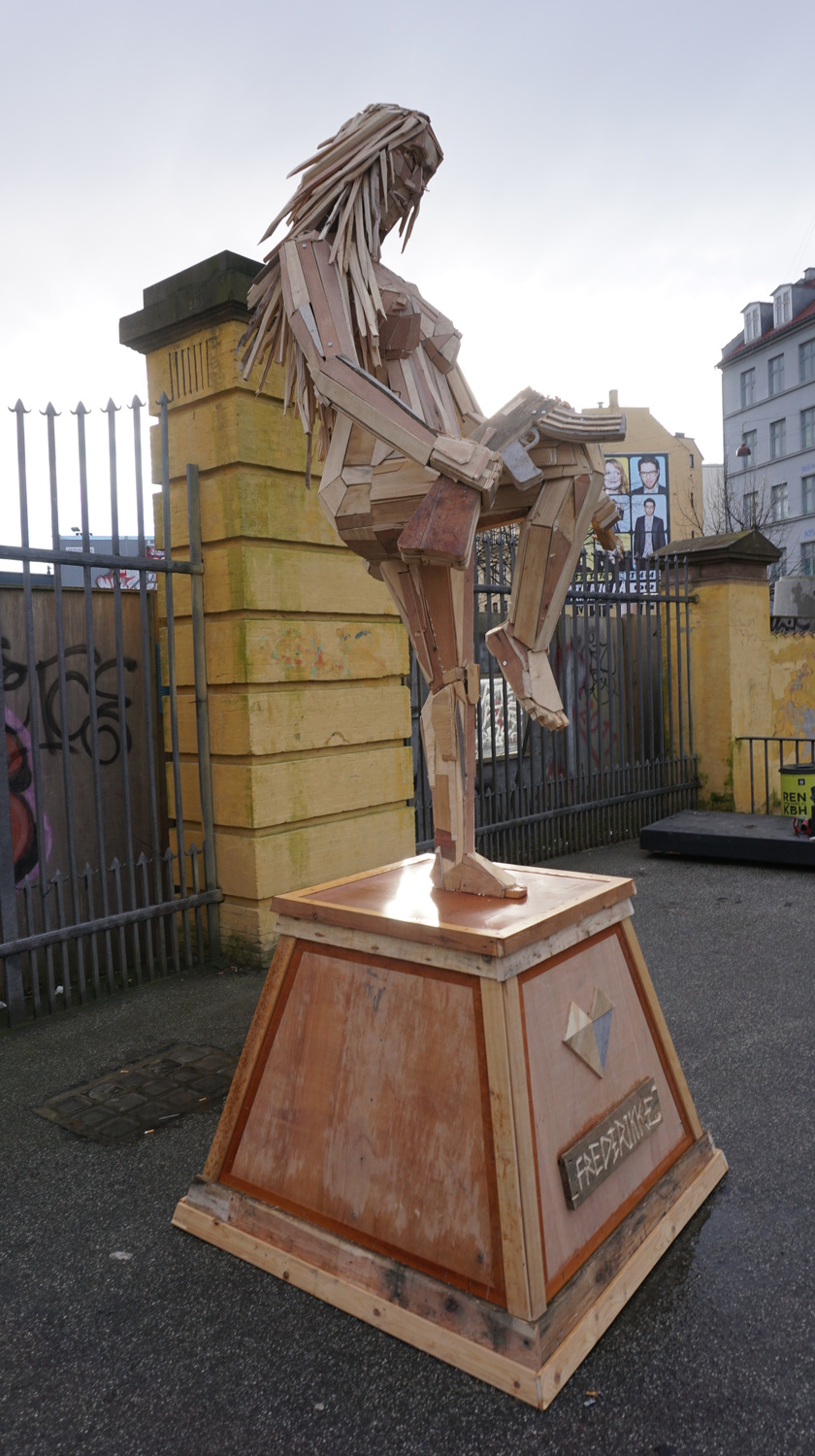 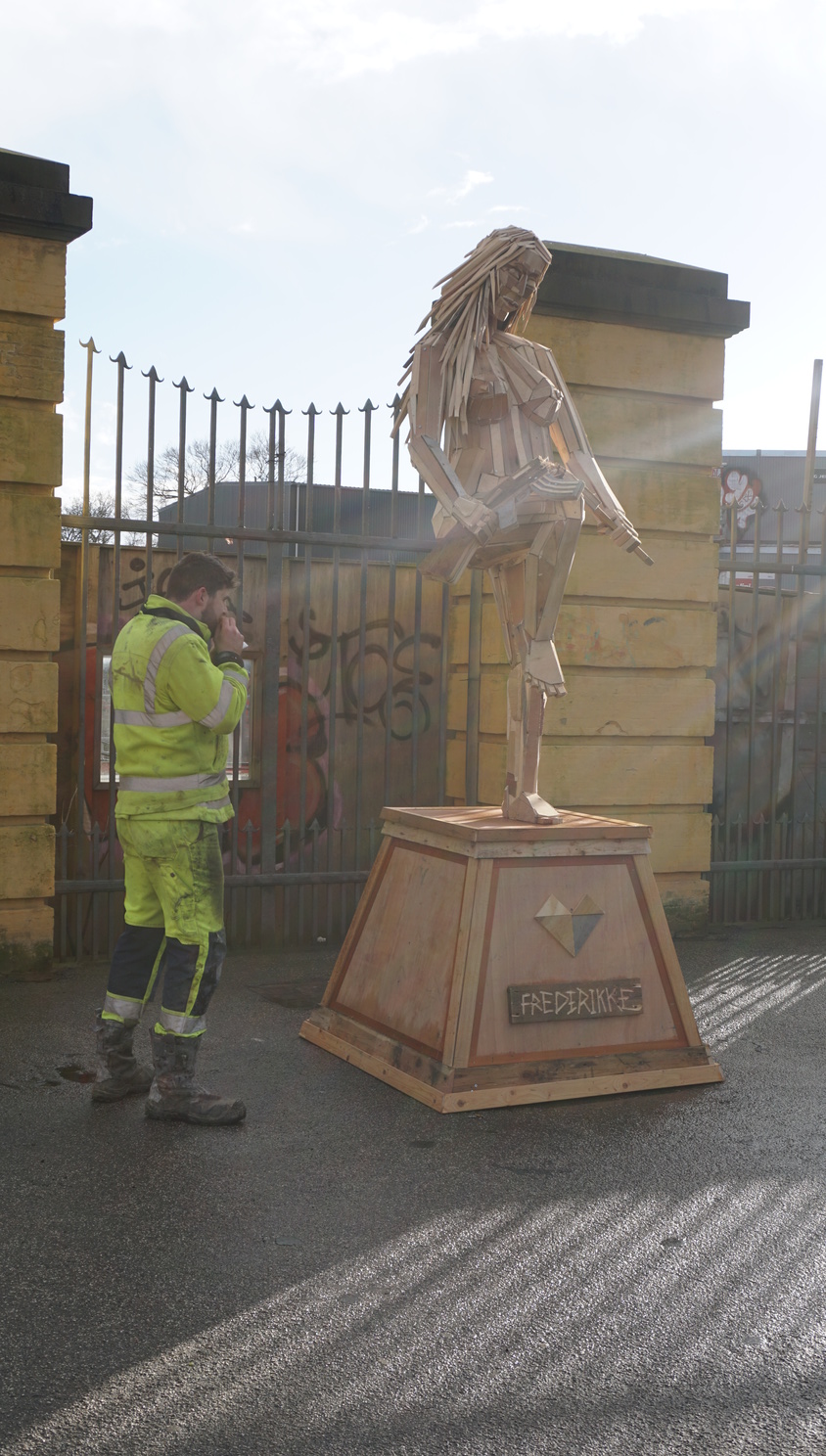 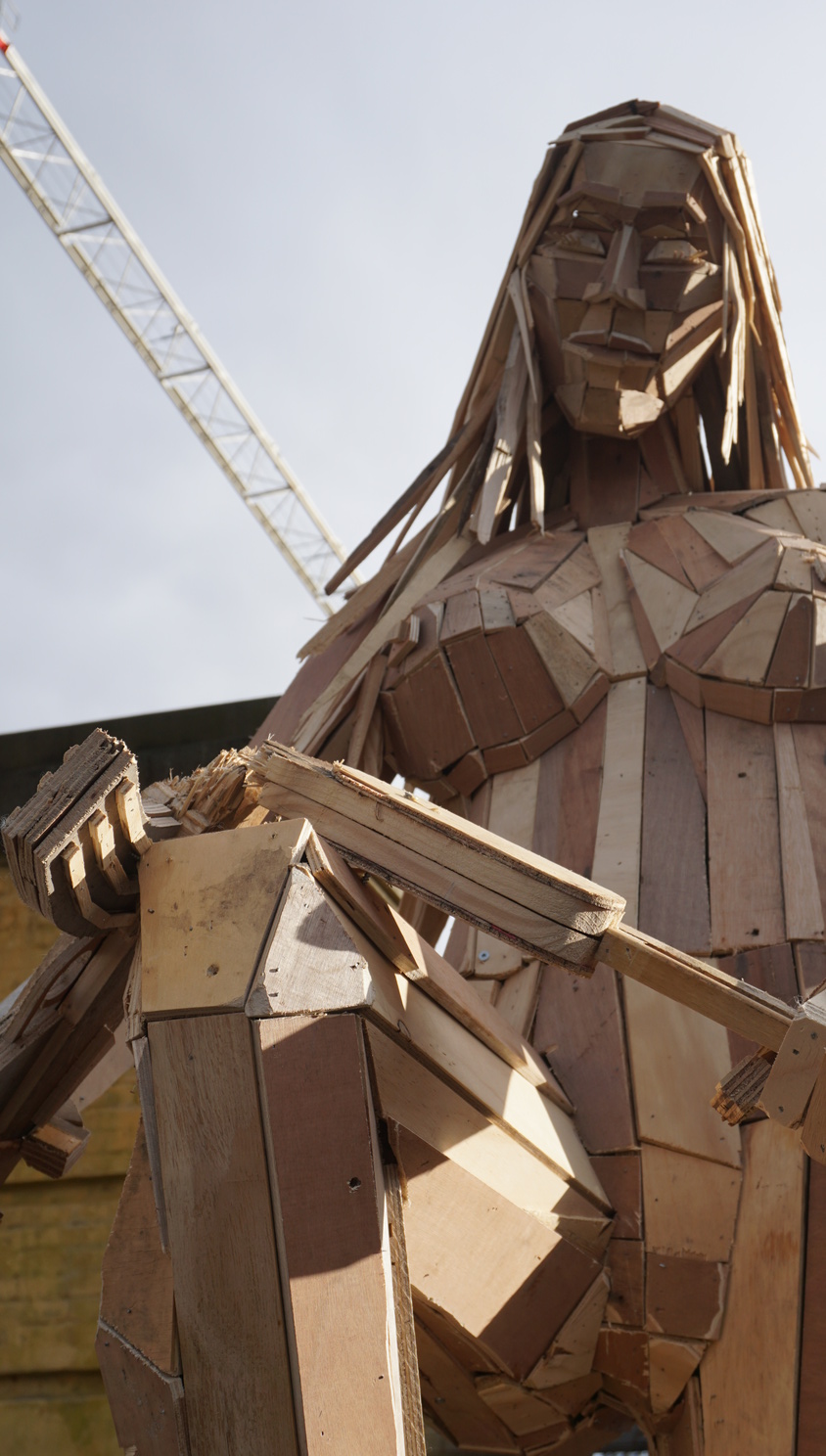 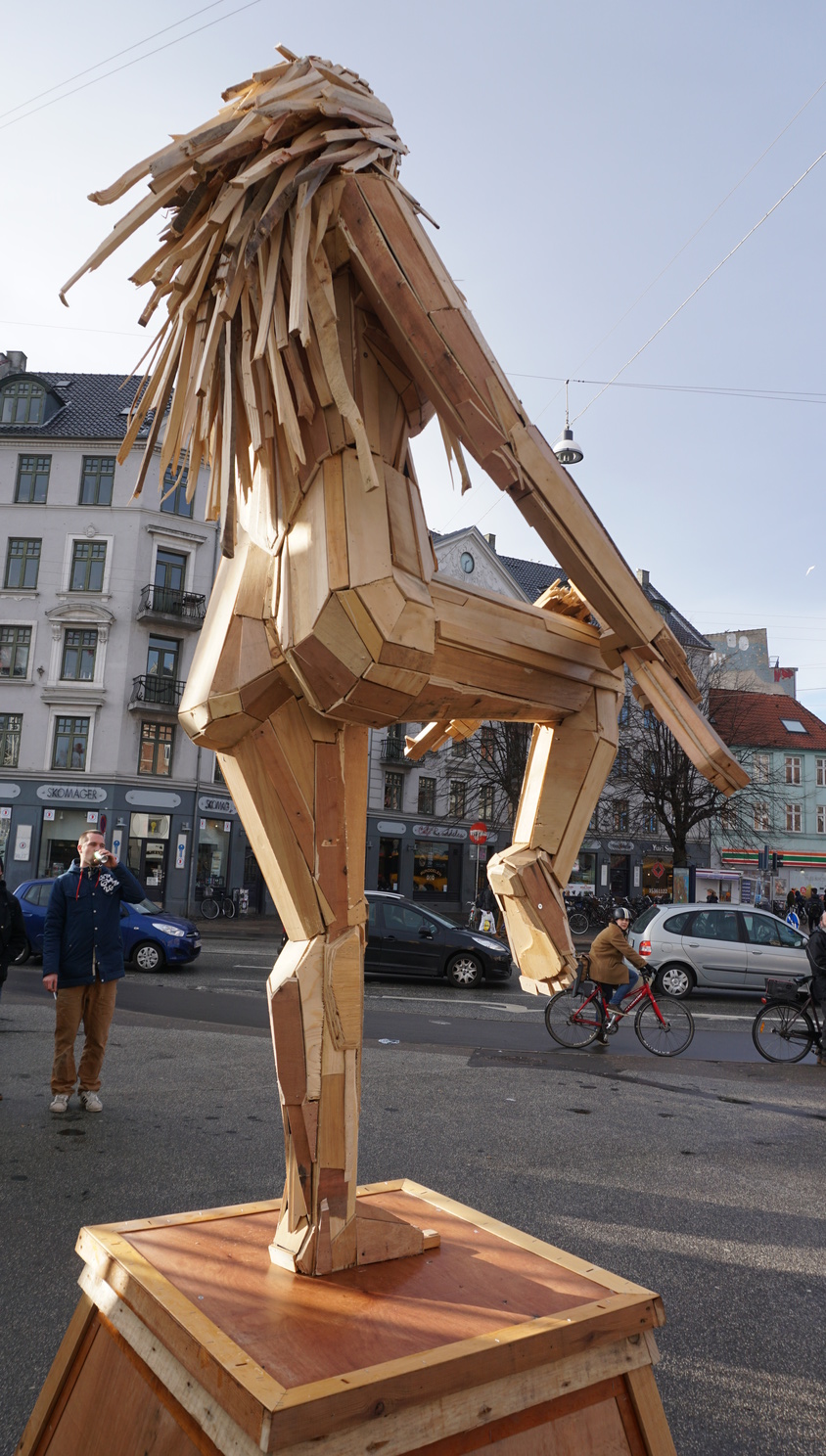