The 250 birdhouses project was where it all began for the Happy City Birds project. In 2010 while studying at the design school in Kolding, Denmark Thomas got his hands on a shit load of scrapwood. For many years Thomas had been active in the grafitti community, and noticed the many different views on the grafitti arts around the cities of Denmark. While some see it as art a big part of the public see it as vandalism. With all this scrapwood at his disposure Thomas came up with the idea of making birdhouses as his style of grafitti / street art. Cause as Thomas puts it “not everyone can understand grafitti, but even my grandmother understands birdhouses”.

Thomas now created 250 birdhouses at his school in Kolding, and went on a tour around Denmark to set them all up on his Christiania bike. Some were setup separate or in small formations while others were put up in larger installations. Thomas’ tour took about two weeks, and the Happy City Birds project was born, and has since developed into more than 3500 birdhouses around the world. 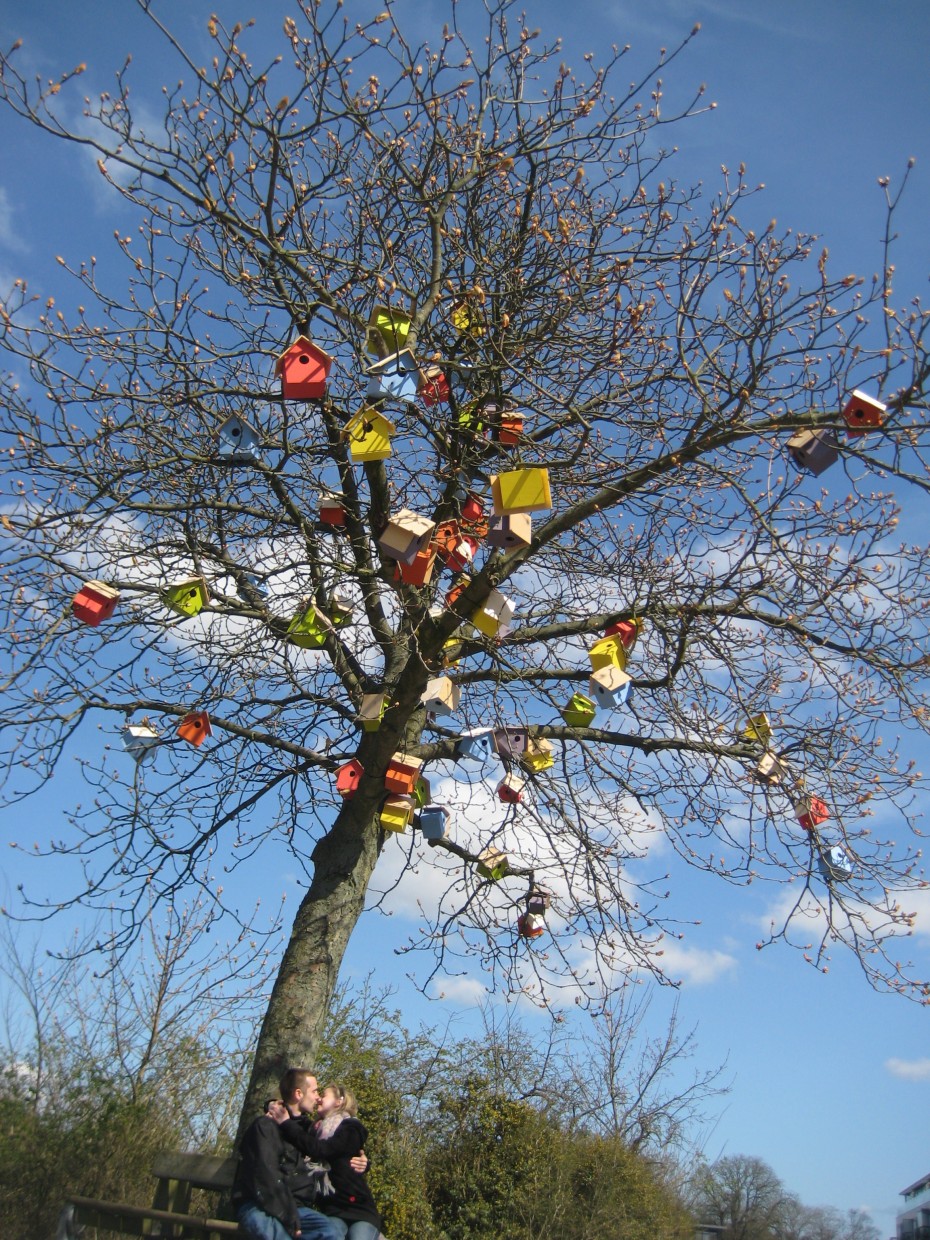 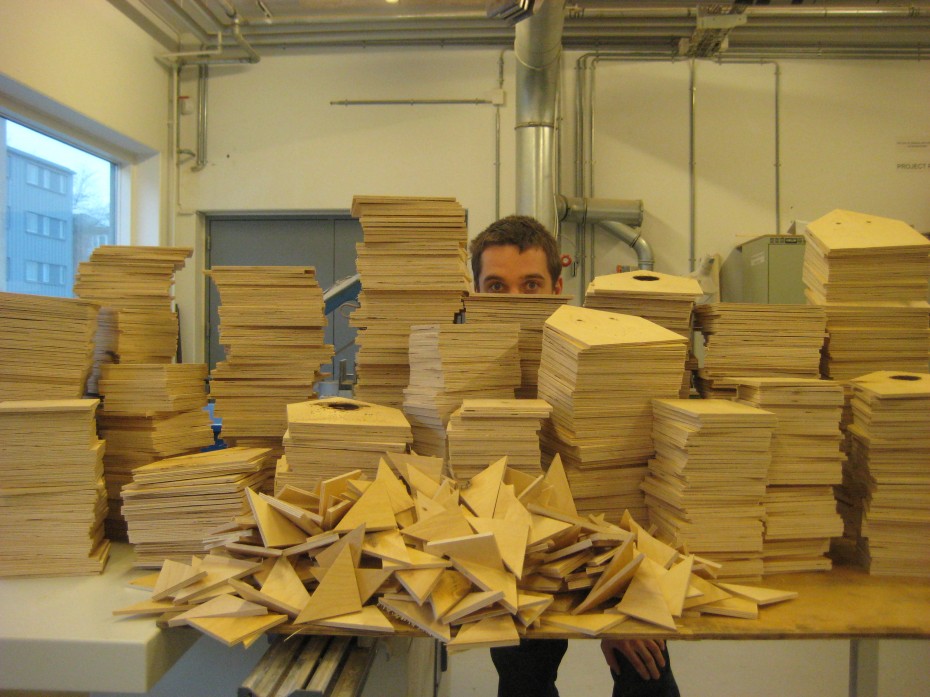 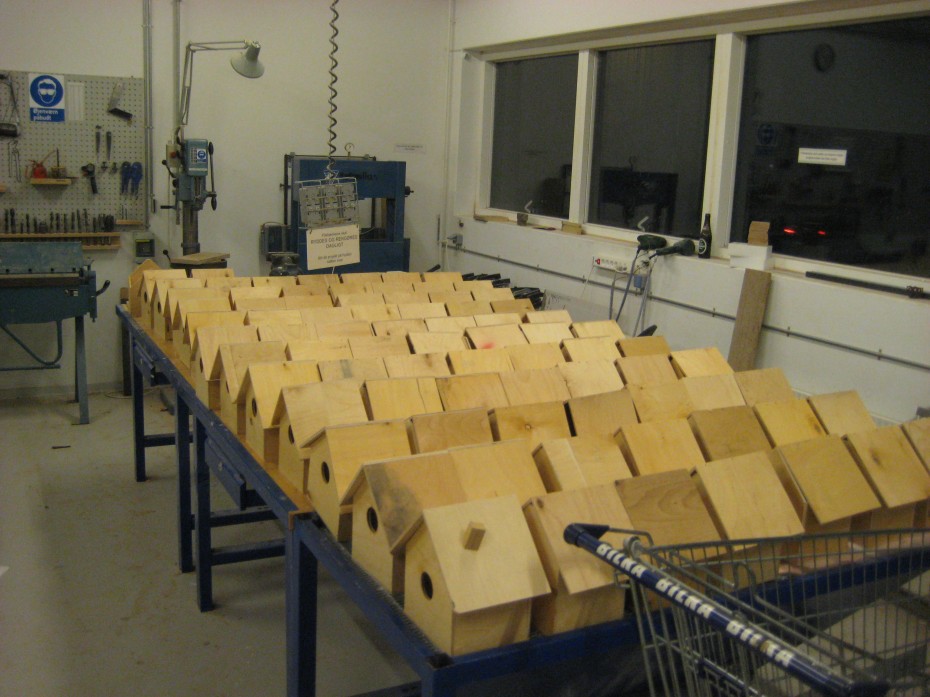 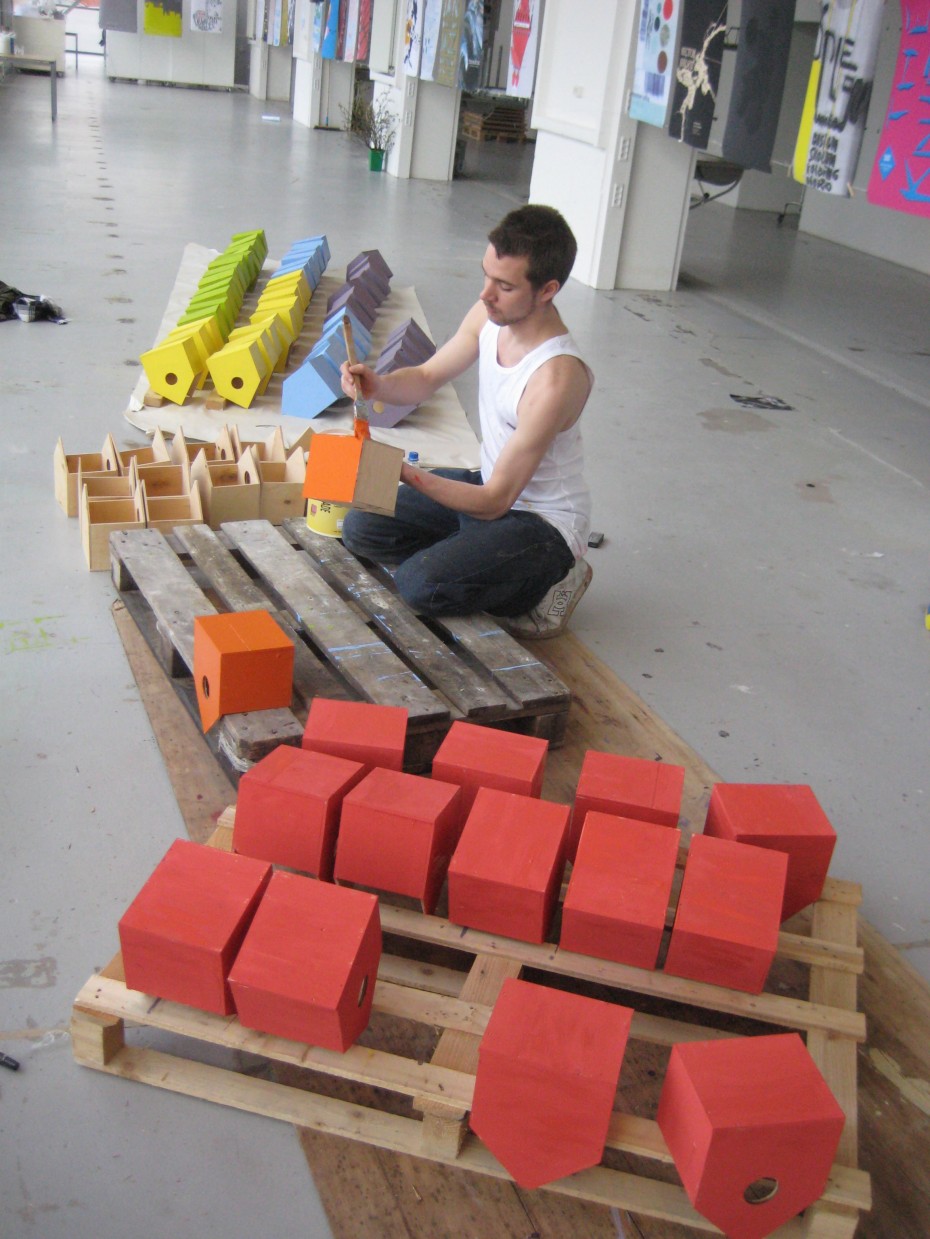 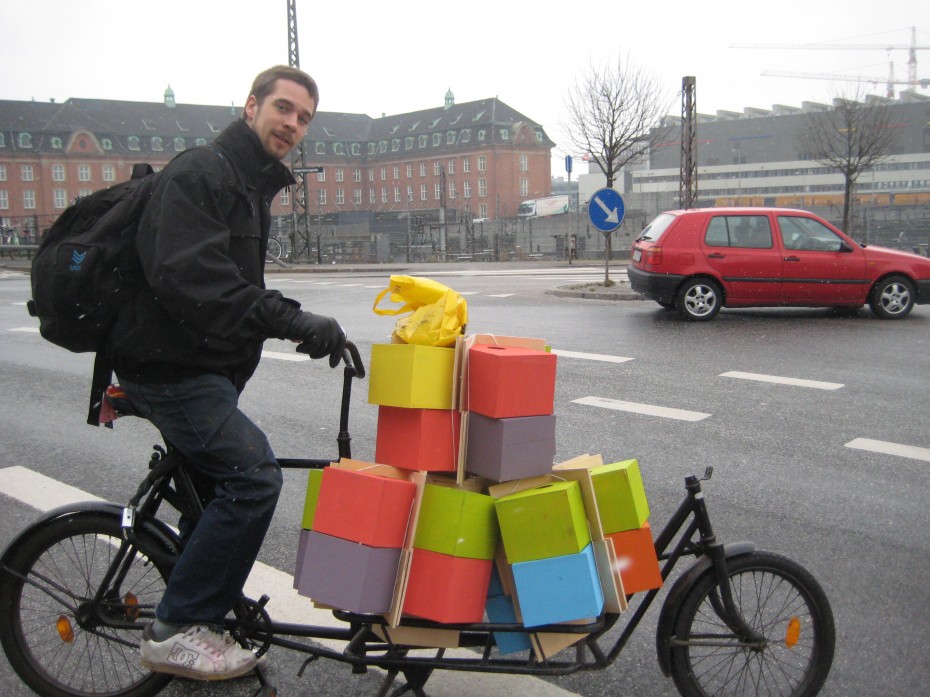 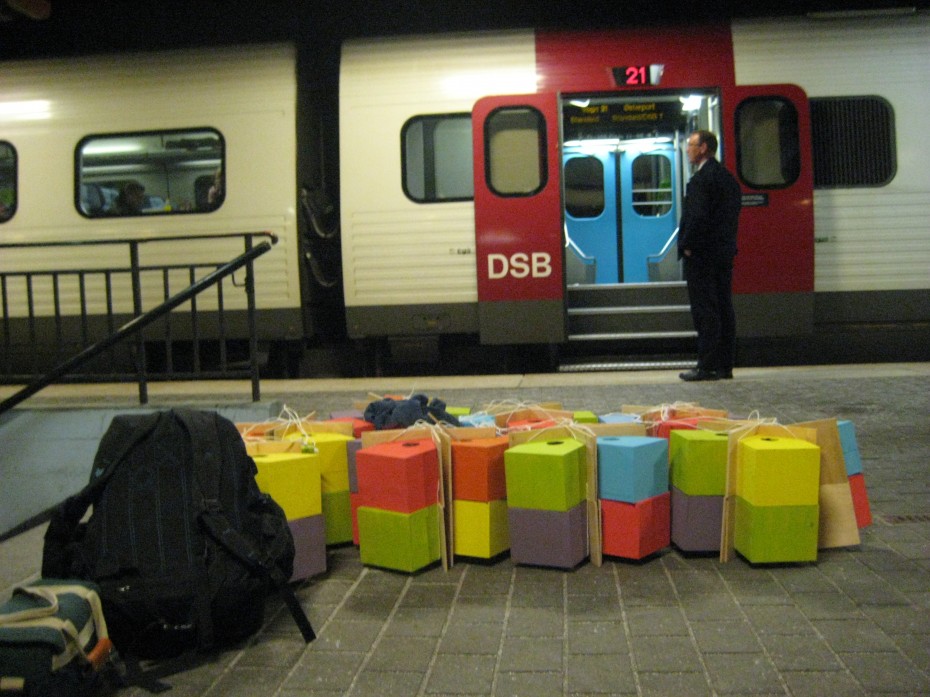 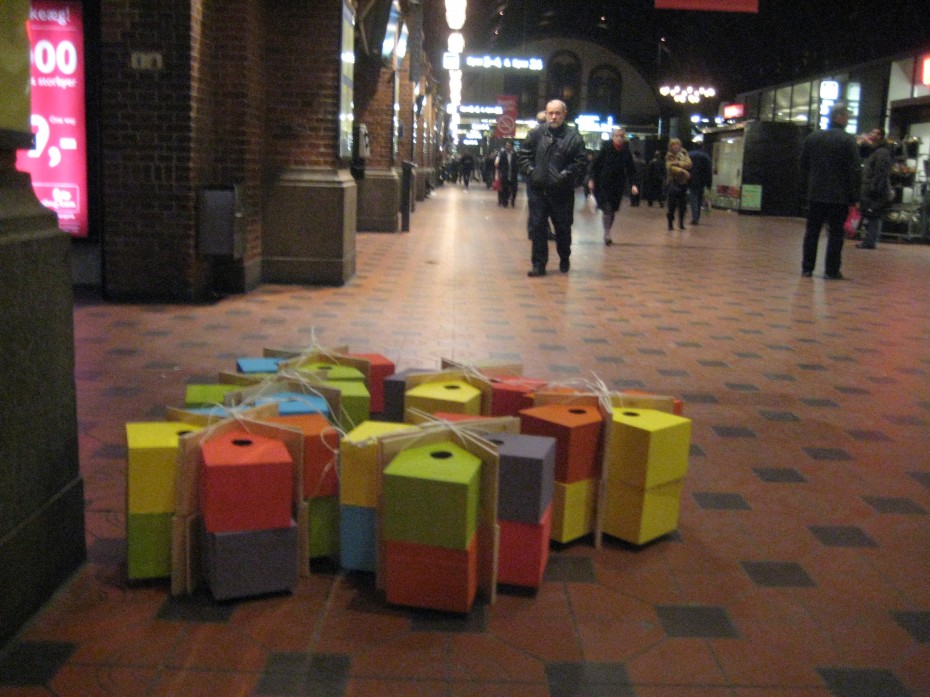 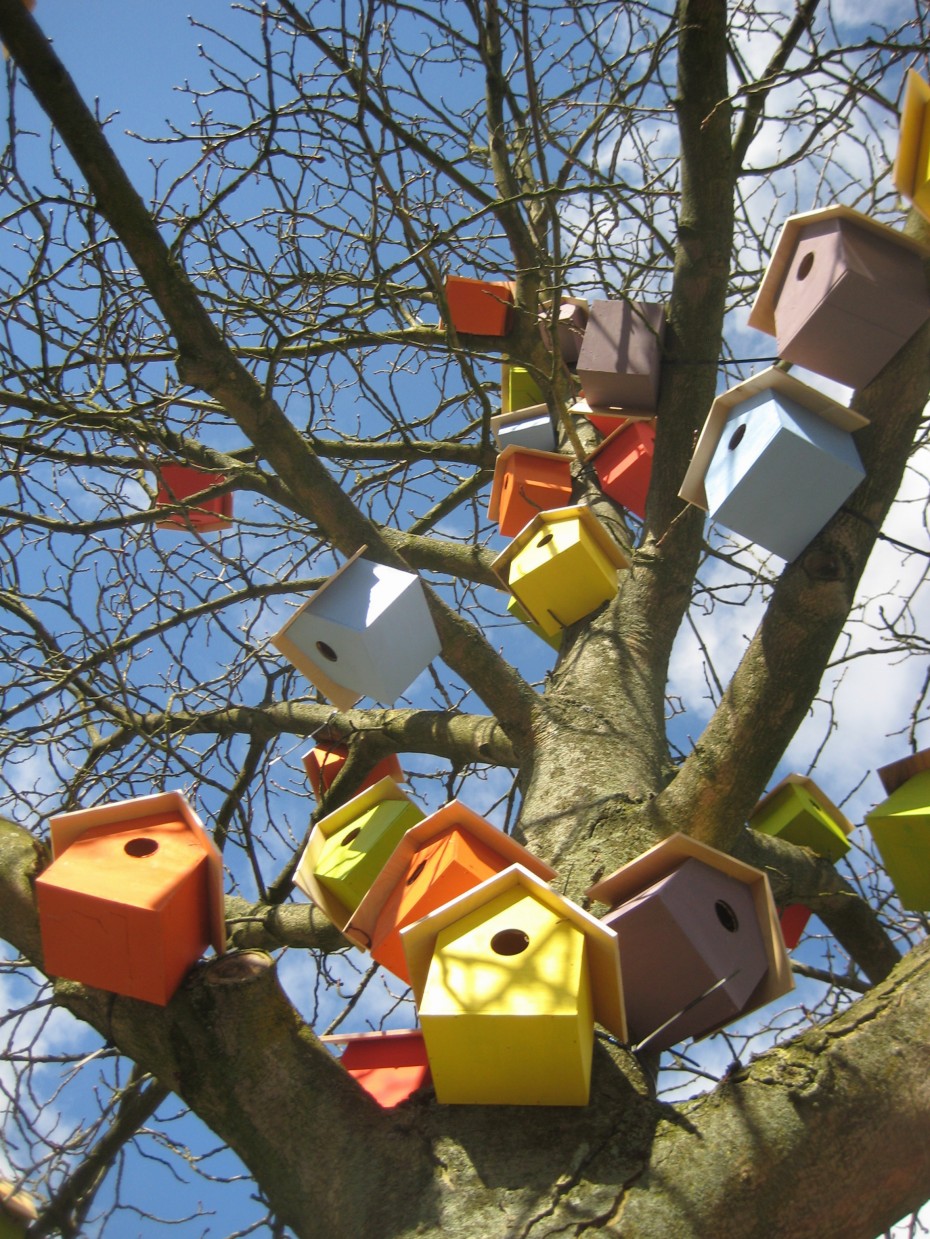 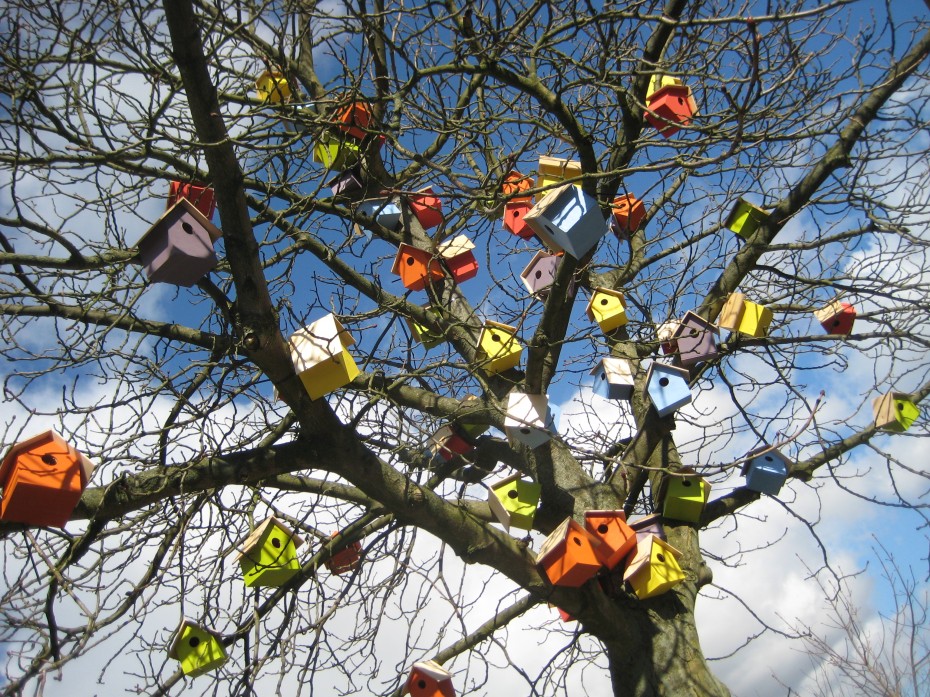 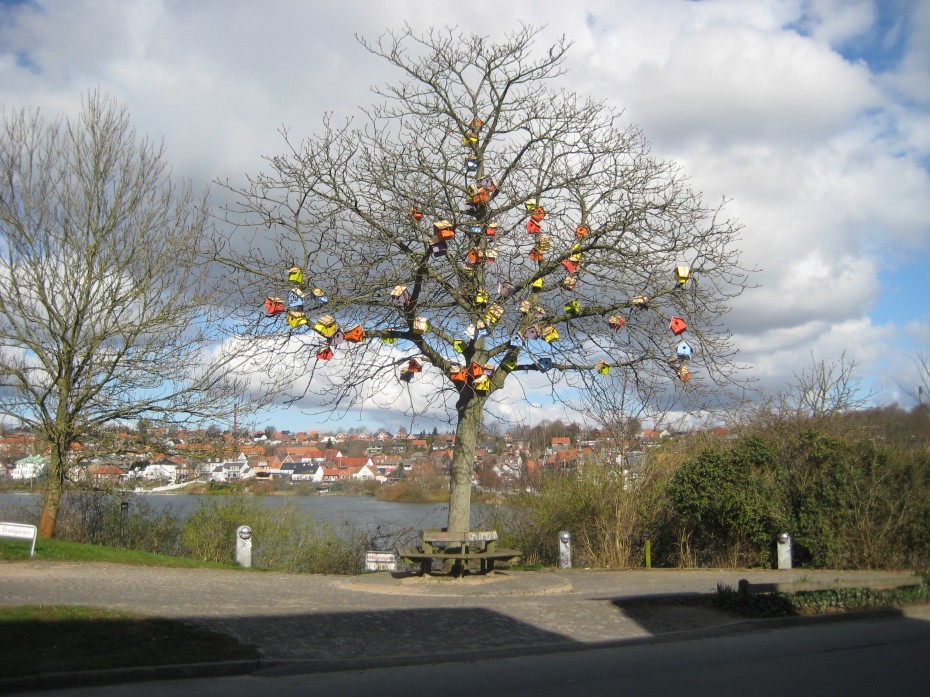 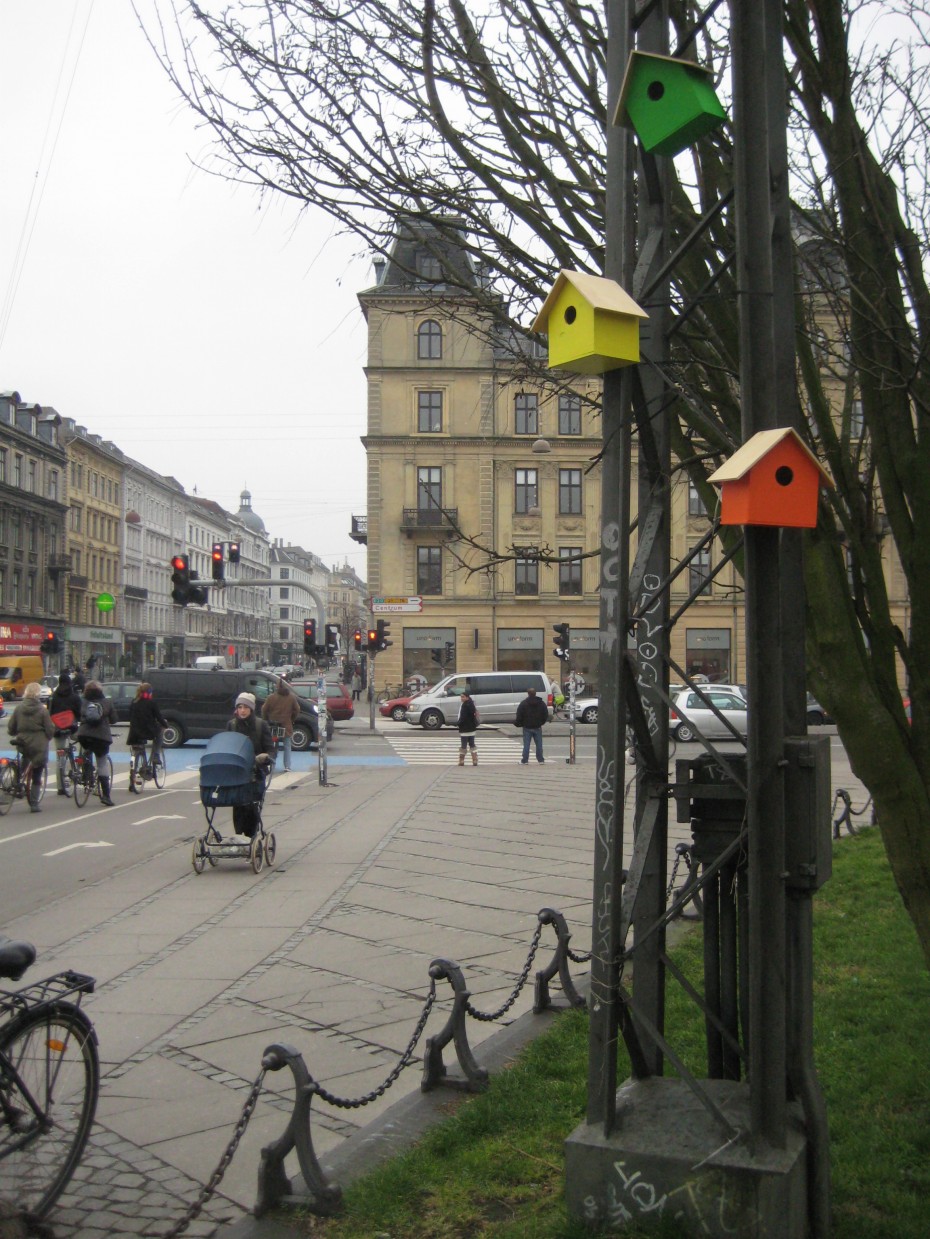 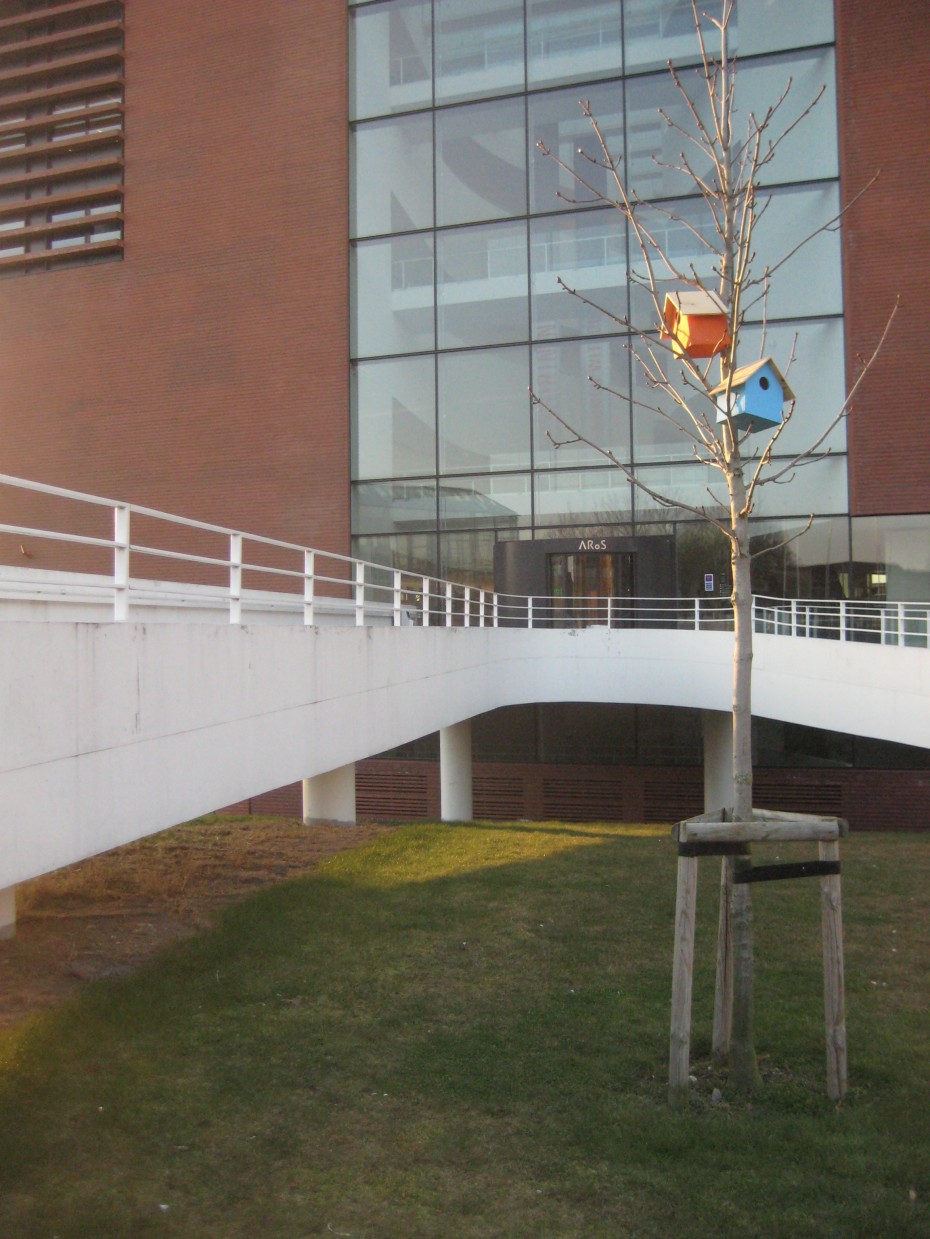 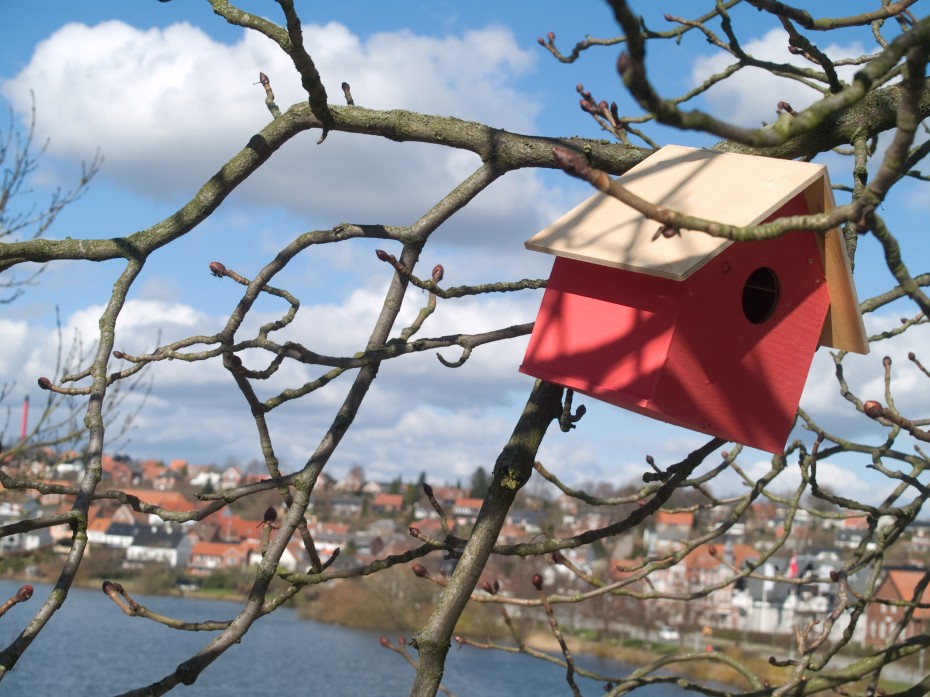 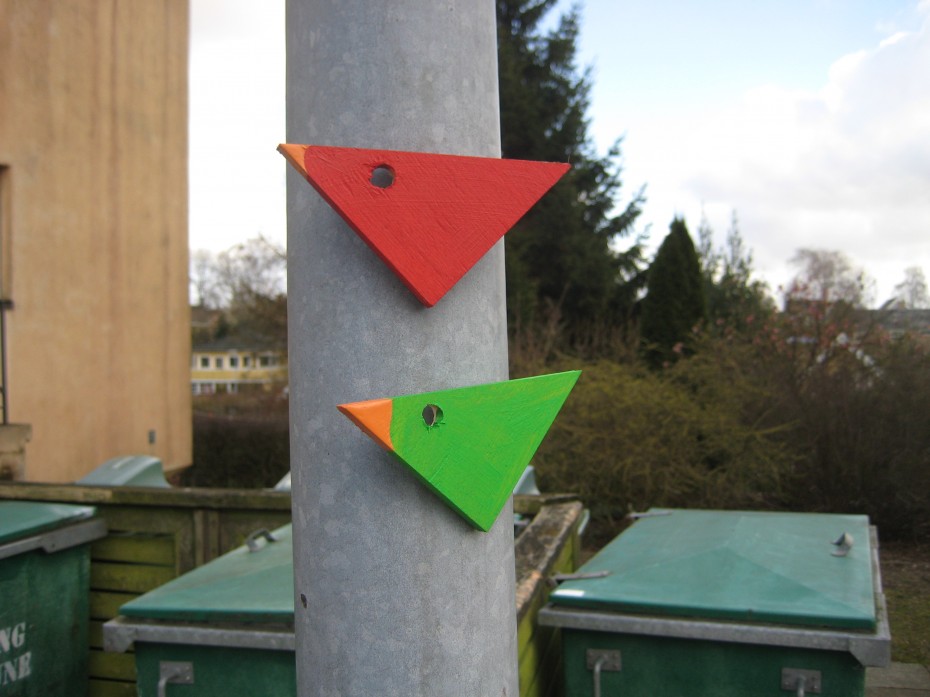